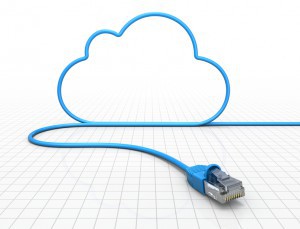 DATA CENTERS: For Pinellas County, Fla., it’s all about the software. CIO Martin Rose says the county wants to develop an in-house self-service provisioning model in which agencies can spin up IT resources as they need them, similar to a public cloud. Read more
[STATETECH.COM]

BUDGET CUTS: IRS Customer Service Has Started Off Even Worse Than Expected. As of February 14, only 43 percent of the people who called the IRS this year were able to reach a human being, Olson testified before Congress Wednesday morning. Those who do get through are waiting an average of 28 minutes. Read more
[WASHINGTONPOST.COM]

PHILADELPHIA: House Passes Bill To Consolidate FCC Reports. The House passed a measure to reduce the number of reports the Federal Communications Commission must submit to Congress every year. The measure, passed 411-0, requires the FCC to submit a biennial report to the House Energy and Commerce Committee about the status of the communications marketplace. It would replace eight separate reports into one single report. Read more
[THEHILL.COM]

AI AND ROBOTICS: How Enterprises Can Use Artificial Intelligence. Enterprise IT shops are finding that artificial intelligence isn’t just for robotics anymore. Science fiction and blockbuster movies may portray artificial intelligence, or A.I., technologies as the brains running robots trying to take over the human race, but the technology today is being used for far more benign purposes. Read more
[CIO.COM]

SEO FOR THE CTO:Counties Need To Inspire States To Tackle Cybersecurity. While cyberthreats continue to press government and corporate officials to take greater counter measures, those challenges take on an added dimension for the nation’s 3,007 counties. Read more
[STATESCOOP.COM]

CISOs: Google Steps Up Its BYOD Game; Looks To Secure More Than A Billion Mobile Devices. Google officially launched Android for Work, which was announced last June at its I/O conference. The aim is to offer businesses a stopgap that addresses BYOD needs, including secured access to sensitive data and OS fragmentation. Read more [CSOONLINE.COM]

FEDERAL AGENCIES: In Cybersecurity, Sharp Eyes And Speed Are The New Padlocks. It’s distressing to learn State Department computer experts – despite three months of trying – can’t get hackers out of the agency’s email system, even with the government’s admirable commitment of money and tech prowess to cybersecurity. Pair this news with revelations of NSA malware burrowed within computer hard drives worldwide, and we can conclude one thing: a lot of old, clichéd security metaphors are obsolete.
Read more [CBSNEWS.COM]

DIGITAL FORENSICS: Hackers Steal Trading Algorithms. Hackers have been stealing the secret algorithms and tactics used by hedge funds and high-frequency trading firms, according to two security companies. Such algorithms can be the lifeblood of a financial firm, and are designed to take advantage – often automatically – of infinitesimal price discrepancies in the stock market that may only last for milliseconds. Read more
[INFORISKTODAY.COM]