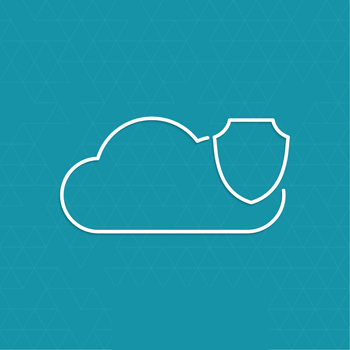 SECURITY SURVEY: Cyber-Security Remains a Top Concern in the C-Suite. Board members and C-suite executives rank cyber-security No. 3 among the 10 top risks facing organizations today, according to a new survey. Although encouraged by signs of an improving business climate in most industries, as evidenced by strong equity markets and lower unemployment rates, for example. Read more [CIOINSIGHT.COM]

MANAGEMENT: Closing the NoSQL Gap between CMO and CIO. Companies have vast amounts of customer data but without a coherent, cohesive strategy between the CMO and CIO, organisations will struggle to maximise that data to become a truly customer focused business. Read more
[THECSUITE.CO.UK]

LEADERSHIP DIVERSITY: Women Embrace Finance in C-Suite Drive, But Bigger Challenges Remain. Women are more likely to achieve a C-suite position through the finance or human resources function than any other corporate career path, although the numbers of women making it to the top of the corporate ladder has remained stagnant or slipped over the past decade. Read more
[DAILY.FINANCIALEXECUTIVES.ORG]

CUSTOMER EXPERIENCE: The New Digital C-Suite: How Influential Is The CMO? Developments in marketing technology have meant that CMOs have had to become more tech savvy in their approach, and we’ve all seen the stat that by 2017 CMOs will be spending more on tech than CIOs and CTOs. Read more
[ECONSULTANCY.COM]

WIRELESS: Hackers Could Commandeer New Planes Through Passenger Wi-Fi. Boeing 787 Dreamliner jets, as well as Airbus A350 and A380 aircraft, have Wi-Fi passenger networks that use the same network as the avionics systems of the planes, raising the possibility that a hacker could hijack the navigation system or commandeer the plane through the in-plane network, according to the US Government Accountability Office. Read more
[WIRED.COM]

ZERO DAY: Microsoft Zero-Day Bug Being Exploited In The Wild. A critical remote code execution vulnerability affecting the Windows HTTP protocol stack is being actively exploited in the wild, according to the SANS Internet Storm Center. MS15-034 affects Windows 7, 8, and 8.1, Windows Server 2008 R2, 2012, and 2012 R2. It can be exploited by sending a specially crafted HTTP request to a vulnerable server. Read more
[DARKREADING.COM]

DBaaS: 5 Ways Openstack Trove Will Change How You Manage Databases. Today, enterprise IT faces a challenge like never before: Provide more and better services, be more agile, and lower operating cost, all while guaranteeing absolute invulnerability to security breaches. Read more
[INFOWORLD.COM]

WASHINGTON: Computer Access In Criminal Probes Is Debated. The Justice Department is at odds with Google and privacy advocates over the government’s push to make it easier to locate and hack into computers in criminal investigations, a simmering conflict with constitutional and policy implications. Read more
[DETROITNEWS.COM]

SHARED SERVICES: Should There Be a New Federal Authority? Federal agencies are fairly adept at collaborating and sharing resources and services during emergencies, such as the Ebola epidemic in 2014 and Superstorm Sandy in 2012. Read more
[GOVEXEC.COM]

ATTN: Federal & State CTOs CIOs CISOs: Daily Tech Update – April 21, 2015
Tagged on: 5 Ways Openstack Trove will change how databases are managed    Blue Mountain Data Systems    how influential is the CMO    how to close the NoSQL Gap between CMO and CIO    Paul Vesely    when did Tute Genomics donate database to Google Genomics    why are women more likely to achieve a C-suite position through the finance or human resources function than any other corporate career path    why cyber-security remains a top concern in the C-Suite