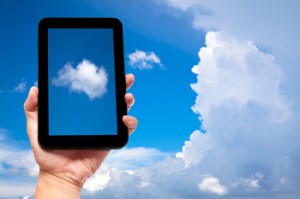 CLOUD COMPUTING: Why the Enterprise Cloud Needs Shadow IT to Succeed. Who is really responsible for cloud initiatives in the enterprise? Some say central IT, but studies show that is most certainly not the case. Enter shadow IT, which is very much alive and well in the enterprise. Read more
[CIO.COM]

CAREERS: Why Confidence Is Falling for IT Workers. Overall confidence among IT workers has noticeably declined since the middle of 2014, according to recent survey findings. Contributing factors include a lack of conviction about prospects for the overall national economy, as well as increasing reservations among tech professionals about their employers’ future. Read more
[CIOINSIGHT.COM]

BOOKMARKS: The Best 35 Information Security Blogs To Follow. Whether you prefer bookmarks, RSS feeds, or mobile readers, keeping up with information security trends and developments is made infinitely easier through the work of great bloggers. We’ve scoured the Internet for the best of the best, and compiled this list to help you find your next set of bookmarks. Read more
[GFI.COM]

STOLEN CREDENTIALS: Domain Shadowing Latest Angler Exploit Kit Evasion Technique. The Angler Exploit Kit continues to evolve at an alarming rate, seamlessly adding not only zero-day exploits as they become available, but also a host of evasion techniques that have elevated it to the ranks of the more formidable hacker tool kits available. Read more
[THREATPOST.COM]

HACKER REWARD: Company Victimized By Ddos Offers A 100 Bitcoin Bounty To Unmask Its Attacker. Last November the Helsinki-based Bitcoin service Bitalo was hit by a DDoS attack that lasted two days. The attacker (known as DD4BC) contacted Bitalo to demand a ransom of 1 Bitcoin (about $326 USD) to stop the attack and to provide information on how he or she did the attack. Read more
[SECURITYBISTRO.COM]

ATTN: Federal & State CTOs CIOs CISOs: Daily Tech Update – April 9, 2015
Tagged on: are open source infrastructure skills in high demand    Blue Mountain Data Systems    company victimized by Ddos offers a 100 Bitcoin bounty to unmask its attacker    Microsoft's Onedrive cloud storage API is now available for developers    Paul Vesely    the best 35 information security blogs to follow    what is shadow IT and how can it harm the security of the enterprise    what is The Angler Exploit Kit    why is confidence falling for IT workers    why the enterprise cloud needs shadow IT to succeed