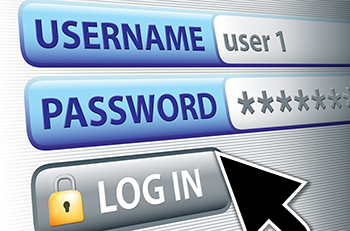 PASSWORD ALTERNATIVES: What’s on the Horizon? It seems like once a week, we see yet another story about a security failure involving passwords. In May alone, for instance, the news came that an unpatched vulnerability in Oracle’s PeopleSoft could open a hole for thieves to steal passwords; Google revealed that those security questions that help you retrieve a lost password are anything but secure; and Starbucks blamed passwords for its own recent hack attack. Read more
[ITBUSINESSEDGE.COM]

HYPR ENGINEERING: Biometric Authentication Without The Insecurity. On the surface, using biometric signatures (i.e., biological features that are exclusive to each individual) seems like a great idea. Good-bye passwords. A simple fingerprint or a selfie, and that’s it. What’s not to like? It’s convenient and secure. Read more
[TECHREPUBLIC.COM]

LASTPASS HACK: It Reinforces Importance Of Using Multi-Factor Authentication. Every password and identity aggregator is a top target. That’s a given. And yet, millions of users rely on password management tools simply as a result of the need to keep up with the overwhelming number of online resources we all find ourselves using. Read more
[ZDNET.COM]

SQRL: Revolutionizing Web Site Login And Authentication. Keeping your identity safe online can be difficult in many ways. There are different techniques hackers can use to get at your passwords, from malware already on your system, to psychologically manipulating you into performing actions, divulging confidential information or by exhaustive effort of trial and error guessing, rather than employing intellectual strategies. Read more
[GLOBEANDMAIL.COM]

FEDERAL, STATE, AND LOCAL IT

FBI ALERT: $18 Million in Ransomware Losses. In the past year, U.S. businesses and consumers have experienced more than $18 million in losses stemming from a single strain of ransomware called CryptoWall, according to the Internet Crime Complaint Center. Read more
[GOVINFOSECURITY.COM]

TENNESSEE: Jackson One of seven recognized as a Gig City. It took about 11 years, but the payoff for Jackson Energy Authority came during a business summit in Kansas City, Mo., in January. Jackson was named the next “Gig City,” as JEA upgrades its fiber network to offer Internet speeds up to 1 gigabit per second. Read more
[JACKSONSUN.COM]

VIRGINIA: State Faces Urgent Decisions On Managing Information Technology. Virginia lawmakers hear the clock ticking on decisions about who will run the state’s vast information system after the scheduled expiration of a more than $2 billion contract with Northrop Grumman in mid-2019. Read more
[DAILYPROGRESS.COM]

NEW JERSEY: Smaller Companies Seek Cybersecurity. When it comes to hacker attacks and data breaches, small businesses are targets, too. In fact, the origin of the infamous Target breach of 2013, which compromised information on 40 million customer credit cards, has been traced to the hacking of the computer system of a refrigeration company in the Pittsburgh area doing work for the Minneapolis-based retailer. Read more
[NORTHJERSEY.COM]