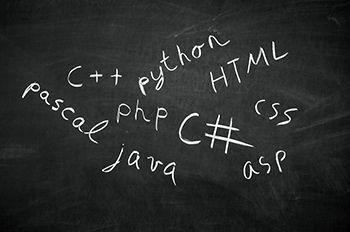 TOP 12: Computer Programming Languages That Are In Demand Now And Pay The Highest Salary. Technology keeps changing and the Computer language which was once in demand might suddenly disappear with the advent of a new language and programs. Hence if anyone aspires to become a computer programmer or coder or software engineer it is always advisable that the programmer should learn to build a software by mastering the algorithms, designing principles and technologies at all levels of the stack. Read more
[TECHWORM.COM]

NEW INITIATIVE: Consortium Makes Business Case For R Language. As more data scientists and researchers embrace the R programming language and statistical computing environment, the Linux Foundation has moved to strengthen the user community and, with it, the development of more business applications through a collaborative development initiative called the R Consortium. Read more
[DATANAMI.COM]

JAVA TURNS 20: So What Else is New? Oracle’s Java turns 20 this year. C++ hit the big 3-5 last year, while C is over 40. Microsoft’s C#, the baby of the group, is 15 years old. All of these continue to command a significant following even in the embedded space. All have significant corporate support that helps with their staying power and they have been continually updated with new features. Read more
[ELECTRONICDESIGN.COM]

HYBRID PLATFORMS: 5 Tips For Boosting SharePoint Hybrid Adoption With Analytics. Your organization has implemented SharePoint, or perhaps a hybrid version including deployments across various environments. But, are you well equipped to thoroughly monitor your adoption rates, to see whether your users are benefitting from the portal? Recently, there has been a significant shift from On-Premises deployments of SharePoint to SharePoint on the cloud, resulting in multiple deployments that can be challenging to consistently track and monitor. Read more
[MEMEBURN.COM]