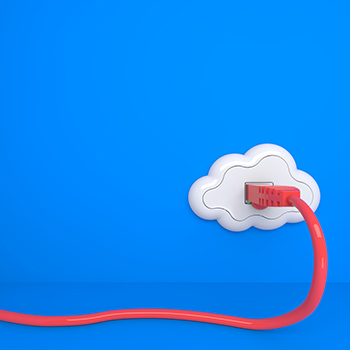 OPINION: Lead, Follow, Or Get Out Of The Way Of Cloud. Taxes and death may be the two certainties in life but for IT the certainty today is cloud. Whether it’s a primarily a line of business decision or an established corporate strategy cloud is, in fact, an inevitability. But what, exactly, does that mean? Is SaaS inevitable? Or IaaS? Or PaaS? Private? Public? All of the above? Read more
[CSOONLINE.COM]

LEADERSHIP ROLES: How CIOs Can Create The Voice Of IT. Even the most business astute CIO could use a little help on the communications front. That’s why more CIOs are hiring dedicated IT communications specialists to help build and nurture the IT brand. Read more
[CIO.COM]

LOOKING AHEAD: CISO Strategies For 2020. Chief information security officers (CISOs) have plenty to keep them awake at night. Security threats have more or less doubled in just the last year. Attacks are ongoing and constant — the state government of Michigan alone records a staggering 730,000 attempted attacks each day. Read more
[SECURITYINTELLIGENCE.COM]

CHANGE IN C-SUITE: Why the Boss Is Younger Than You Are. As older baby boomers retire, more companies are turning to members of Gen X, those born between about 1965 and 1980, and younger boomers, now in their mid-50s. Read more
[NASDAQ.COM]

REALITY CHECK: Use of Shadow IT Is 10 Times Higher Than Believed. A newly released report from Skyhigh Networks reveals some startling numbers: The average public-sector leader believes his or her organization uses 60 to 70 shadow technology solutions, but in reality the number is 10 times that. Read more
[STATETECH.COM]

Popular Android Games On Google Play Observed Stealing Facebook Credentials. Researchers with two security firms independently observed apps on the Google Play store that are stealing Facebook credentials, and one of the apps has been downloaded by up to a million Android users. Read more
[SCMAGAZINE.COM]

CRYPTOLOCKER VARIANT: New Version of TeslaCrypt Changes Encryption Scheme. A new version of the nasty TeslaCrypt ransomware is making the rounds, and the creators have added several new features, including an improved encryption scheme and some details designed to mimic CryptoWall. Read more
[THREATPOST.COM]

STOLEN IN A FLASH: Zero Day Exploit Taken In Hacking Team Breach Now In The Wild. We’ve all seen the movies: A research lab keeps hazardous biological agents contained in its facilities, where it studies them. Then, somehow, there’s a breach in security and those dangerous substances fall into the hands of terrorists or other bad guys, who use them to wreak havoc. Read more
[GFI.COM]

ATTN: Federal & State CTOs CIOs CISOs: Daily Tech Update – August 27, 2015
Tagged on: Blue Mountain Data Systems    CISO strategies for 2020    how CIOs can create the voice of IT    Paul Vesely    use of shadow IT is 10 times higher than believed    why the boss is younger than you are    why you should lead follow or get out of the way of the cloud