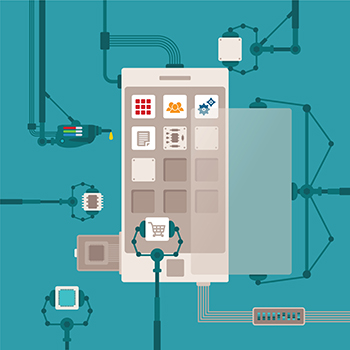 PERFORMANCE OPTIMIZATIONS: Edge Performs Better than Chrome and Firefox. As detailed in A Developer’s View on Microsoft Edge, the Redmond browser maker has changed their attitude towards web technologies, web standards and compliance with other browsers. Not only they discarded some old IE components and decided to implement HTML, JavaScript and CSS standards to the letter with the new rendering engine, but they started to address an issue that was long due: performance. Read more
[INFOQ.COM]

SECTION 508: Making Online and e-Learning Accessible to All. American teens spend an average of seven hours a day connected to their electronic devices (computers, phones, etc.). So it you want to get into the hearts and minds of young people today, you have to where they are: online. That’s why websites, emails and e-learning tools need to be accessible to all, including people with hearing and vision impairments who use screen readers or who need captions on videos or other assistive technologies. Read more
[HUFFINGTONPOST.COM]

LOSING STEAM: Don’t Drop Everything To Learn Ruby On Rails. Using U.S. job listing data collected by Burning Glass and the Brookings Institution, Quartz found that the most valuable programming skill to have today is Ruby on Rails (AKA Rails or RoR) experience, with an average salary of $109,460. However, before you run out and buy Ruby on Rails for Dummies, you might want to consider some other data which indicate that Rails (and Ruby) usage is not trending upwards. Read more
[ITWORLD.COM]

TECH NEWS: Can We Ever Secure The Cloud? Cloud computing and big data are both taking the world by storm and are hot topics on all technology related conversations. It is no great secret though that the biggest barrier to these technologies really taking off is security. Read more
[MOVIETVTECHGEEKS.COM]

MALWARE: Author Behind Ransomware Tox Calls it Quits, Sells Platform. When the author behind the crypto-ransomware Locker apologized and released decryption keys for his victims, it seemed like a change of heart, uncharacteristic for an attacker. Now another ransomware creator has also decided to cut his losses and get out of the game – but not before trying to make a buck. Read more
[THREATPOST.COM]

CLOUD SECURITY AND MSPs: Hold the Pickle, Add More Lettuce. If you are a managed services provider (MSP), you know that one of the major challenges of providing cloud-based security intelligence or security information and event management (SIEM) is that one particular formula doesn’t fit all. You are serving clients in a rapidly evolving market space, which requires different combinations of on-premises and in-cloud equipment; deployment and management skills… Read more
[SECURITYINTELLIGENCE.COM]

BRAINS NOT BRAWN: Lack of STEM Students Is Bad for National Security. As students make their decisions about which colleges to attend and contemplate their eventual majors and careers, it may come as a surprise that their decisions are fundamental to our national security. Read more
[USNEWS.COM]