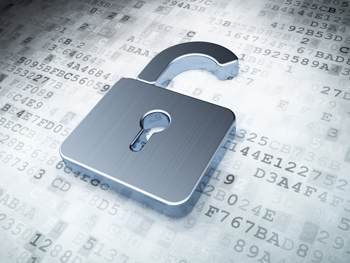 DEVICE SECURITY: Apple Adds 6-Digit Passcodes And A Splash Of 2FA To iOS9. Apple has announced it will strengthen device security with iOS9 by moving from 4-digit passcodes to 6-digit passcodes. This will make brute-force attacks more difficult, increasing the number of possible codes from about 10,000 to about 1 million. Read more
[DARKREADING.COM]

FOOD FOR THOUGHT: QUESTION: Will Billions of IoT Devices Become Billions of Security Vulnerabilities? Conventional approaches to IT security will leave the Internet of Things (IoT) vulnerable to devastating attacks, according to Alan Grau, president of Icon Labs. The firm produces security products and an accompanying framework for manufacturers of embedded and IoT devices. Read more
[DESIGNNEWS.COM]

STATE AND LOCAL IT

OHIO: Lack Of Technology Hinders Local Communities. Fifteen years into the 21st century, technology, specifically Internet access, has become more and more of a necessity for businesses, schools and private residents. But in rural Coshocton County, reliable connections can be hard to come by. Read more
[COSHOCTONTRIBUNE.COM]

DELAWARE: Questions Remain Over Data Center, Power Plant. Despite citizen concerns over potential emissions, noise and a plan that remains in development, a large data center and power plant proposed for Middletown’s Westown area appears to be on track for final approval. Read more
[DELAWAREONLINE.COM]

SOUTH DAKOTA: Elections May Get Faster, Easier In 2016. The state Board of Elections approved use of four additional devices for voting and counting ballots in South Dakota and adopted an assortment of small rule changes for the 2016 elections. They include a basic counting device, a high-speed tabulating device, the company’s version of an AutoMARK machine for persons with disabilities, and the company’s ExpressVote Universal Voting machine that also can be used by persons with disabilities. Read more
[RAPIDCITYJOURNAL.COM]

FLORIDA: There’s No Back-Up Plan If Supreme Court Decision Guts Obamacare Subsidies. Many scenarios could play out if the Supreme Court rules that billions of dollars in health insurance subsidies, including an estimated $389 million a month for Florida residents, can only be distributed through exchanges established by a state, as the plaintiffs argue in King v. Burwell. Read more
[MIAMIHERALD.COM]