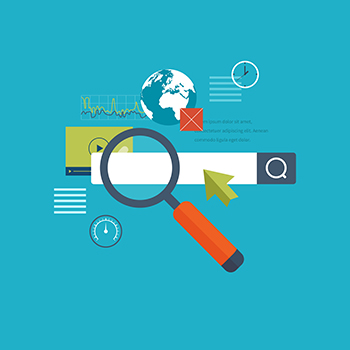 ELASTICSEARCH: Elasticsearch Servers Targeted by Linux-Based Botnet Operators. A honeypot experiment ran by AlientVault has shown that the recent security vulnerabilities discovered in Elasticsearch servers over the summer are now actively being used by botnet operators. Read more
[NEWS.SOFTPEDIA.COM]

SEO: Is Google’s Search Market Share Actually Dropping? In a followup to his 2014 survey, contributor Eli Schwartz shares his data on search engine market share and looks at how it’s changing over time. Read more
[SEARCHENGINELAND.COM]

ARTIFICIAL INTELLIGENCE: Google’s Tough Search — A Quantum Leap in Computing Power. A computer that’s millions of times faster than the most powerful machine available today could improve everything from climate and disease research to understanding the contents of every YouTube video. That’s the promise of another ambitious, long-term Google project that the Internet giant opened up about this week. Like other so-called moonshots, this one could take a decade or more to produce anything of tangible value, according to experts in the field. But Google is hopeful. Read more
[BLOGS.WSJ.COM]

BIG DATA SEARCH: 9 Useful Open Source Big Data Tools. Hadoop is not the end-all, be-all of Big Data. There are lots of other Big Data platforms and tools, many of which are open source. Apache Solr is designed to be highly reliable, scalable and fault tolerant, providing distributed indexing, replication and load-balanced querying, automated failover and recovery, centralized configuration and other features. Read more
[ENTERPRISEAPPSTODAY.COM]

C#: How to Use the Facade Design Pattern in C#. Take advantage of the facade design pattern to provide a simplified interface to a set of sub systems and hence reduce the dependencies and complexities in your designs. Read more
[INFOWORLD.COM]

CISCO: Bitten by Java Deserialisation Bug, Working on Patch. November’s high-profile Java deserialisation bug has bitten Cisco, with the company announcing vulnerabilities across the board in its huge product line. The problem is so pervasive that it reaches into the most trivial activities of the sysadmin, such as serial number assessment services. Read more
[THEREGISTER.CO.UK]