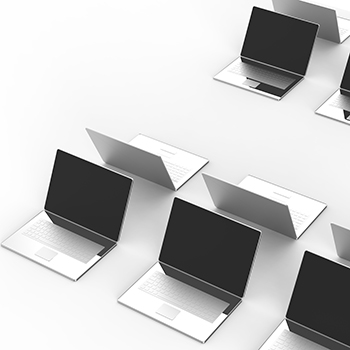 CIO: 5 Reasons 2016 Will Be the Year of the ‘New IT’. Digital transformation is rewriting the rules of IT, and CIOs need to revamp their approaches if they want their companies to survive and thrive. Here are five predictions for what 2016 will bring under the ‘new IT.’ Read more
[CIO.COM]

CISO: The Ripple Effect of the CISO in the C-Suite. War games aren’t just for movies. In fact, they have a place in every business, up through the C-suite. When our experts from IBM Emergency Response Services (ERS) reported on the top developments they’d seen in 2015 engagements in the recent IBM X-Force Threat Intelligence Quarterly, the rise in prominence of the CISO role and the prevalence of security concerns in the boardroom was one of the biggest trends for the year. Read more
[SECURITYINTELLIGENCE.COM]

ANALYTICS: Why the Federal Government Tracks Visitors to Dot-Govs. For the past several months, the government has been publicly tracking how many visitors come to certain agency websites, and what devices and Web browsers they use to get there. Analytics.usa.gov, unveiled in March, uses Google Analytics to monitor Web traffic. Earlier this month, the General Services Administration debuted new dashboards showing the general geographic location of visitors to federal sites – 84.6 percent of visitors come from the U.S. and 4.5 percent of that from Washington – and logs showing the most downloaded public documents. Currently the most-clicked is a notification letter from the Office of Personnel and Management alerting victims of the recent cyber hack. Read more
[NEXTGOV.COM]

COSTS: Federal Paper Pushing Costs Taxpayers Millions. The federal government is the nation’s largest disburser—$600 billion a year in checks go out to suppliers from civilian agencies alone, according to the Treasury Department. So it may surprise some in this digital age that only 38 percent of the 19 million invoices filed by agencies in fiscal 2013 were submitted electronically. That left a pile of 12 million supplier invoices on old-fashioned paper, costing taxpayers an estimated $230 million yearly to process. Read more
[GOVEXEC.COM]

NIST: Tech Licensing Revenues Grow for Agency Labs. The federal government brought in more money from licensing its own technology to the private sector and increased the number of research and development partnerships it has forged, according a report from the National Institute of Standards and Technology. Read more
[FEDSCOOP.COM]

TECH LAB: What the Government Should’ve Learned About Backdoors from the Clipper Chip. In the face of a Federal Bureau of Investigation proposal requesting backdoors into encrypted communications, a noted encryption expert urged Congress not to adopt the requirements due to technical faults in the plan. The shortcomings in question would allow anyone to easily defeat the measure with little technical effort. Read more
[ARSTECHNICA.COM]