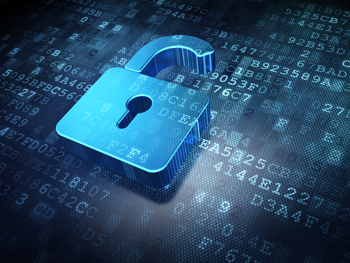 ANALYSIS: What Does Federal Spending in 2016 Mean for the Cybersecurity Sector? President Barak Obama included $14 billion for cyber security spending in his 2016 budget. A look at some key numbers and trends for 2016 reveals big opportunities for vendors who provide cyber products and services to federal agencies, and big challenges for federal agencies around recruiting and retaining cybersecurity staff. Read more
[CSOONLINE.COM]

NIST: A Conversation With The Most Influential Cybersecurity Guru To The U.S. Government. Ron Ross is a Fellow at the National Institute of Standards and Technology, or NIST, a non-regulatory agency of the U.S. Department of Commerce. NIST’s mission is to promote U.S. innovation and industrial competitiveness by advancing measurement science, standards, and technology in ways that enhance economic security and improve our quality of life. Check out his comprehensive approach to data security. Read more
[FORBES.COM]

ENCRYPTION: Why Federal Encryption Regulations Could Put Cybersecurity At Risk. Efforts to pass regulations in response to new security technology could, however, run into legal and constitutional roadblocks. End-to-end encryption may be defended under the Fourth Amendment right to privacy against unreasonable search, as wiretapping often occurs without proper warrants on civilians who are not suspected of being involved in criminal activity. Read more
[BROWNPOLITICALREVIEW.ORG]

INDUSTRY PERSPECTIVE: 4 Critical Challenges to State and Local Government Cybersecurity Efforts. While the federal government works on big-picture solutions, state and local government agencies are under tremendous pressure to secure critical data, infrastructure and services. In fact, cybersecurity is the No. 1 strategic IT priority in 2015 for state and local agencies, according to the National Association of State Chief Information Officers. Read more
[GOVTECH.COM]

VOTING SECURITY: Outdated Voting Machine Technology Poses Security and Election Risks. A new report highlights the looming crisis state and local governments face with aging voting machine technology ahead of the 2016 election. A recent report by the Brennan Center for Justice at New York University School of Law found that the expected lifespan of core components in electronic voting machines purchased since 2000 is between 10 and 20 years, and for most systems it is probably closer to 10 than 20. Experts surveyed by the Brennan Center agree that the majority of machines in use today are either “perilously close to or exceed these estimates.” Read more
[STATETECHMAGAZINE.COM]