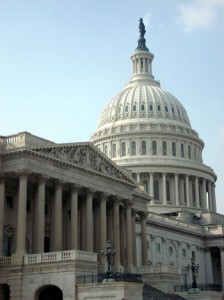 VETERANS AFFAIRS: Veterans and Servicemembers: Find Help to Tackle Debt, Scams and Fraud. Join Marietta, the editor in chief of the Consumer Action Handbook, and special guest Holly Petraeus, who leads the Consumer Financial Protection Bureau’s Office of Servicemember Affairs, for a live Google Hangout where they will answer your most pressing questions about scams, fraud, debt collection and other consumer issues you might be facing. You’ll also learn about free help that’s available if you’ve been ripped off. Read more
[USA.GOV]

US MINT: Interested in teaching kids about coins? Show them the U.S. Mint’s new video that follows the journey of how a coin is made. View now
[USMINT.GOV]

STATES: Smart City Technologies Market to Reach $27.5 Billion in 2023. Cities around the globe have begun to use technology to create more sustainable, resilient and livable places, according to a report from Navigant Research. Smart-city technologies such as wireless networks, sensors, data analytics and cloud computing will drive operational improvements in smart grids, water management, transportation and public safety. Read more
[STATETECHMAGAZINE.COM]

NODE.JS: Gains a new fork, much to Joyent’s dismay. Dissatisfaction with Joyent’s stewardship of the Node.js project has bubbled over, leading to the creation of the io.js fork. Find out more
[INFOWORLD.COM]

MOBILE: Apple CloudKit Brings Remote Data Storage to Your Apps. With CloudKit, Apple’s answer to Dropbox, Parse and other cloud-based solutions, the developer does not have to deal with server-side application logic and can instead focus on client-side development. CloudKit exposes the standard cloud interfaces of authentication, public databases and asset storage. Most importantly, it’s free, with generous bandwidth and storage limits–10TB of database storage and 1PB of asset storage. Find out more
[PROGRAMMABLEWEB.COM]