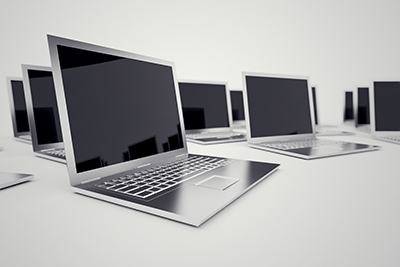 MANAGEMENT: How the Clinger-Cohen Act Continues to Ripple Through Federal IT Today. 20 years ago, a single piece of legislation took government technology out of the dark ages. The modern era of federal IT can be traced to one landmark event: the signing of the Clinger-Cohen Act on Feb. 10, 1996. Although they did not know it at the time, the vision then-congressmen William Clinger and William Cohen set forth would guide government technology for more than two decades and lay the groundwork for innovation that continues today. Read more
[FEDTECHMAGAZINE.COM]

SDx: Is SDx the Model for IT Security? Is this the year when software-defined anything (SDx) becomes the template for federal agency IT security? It’s been knocking at the door for a while, and the spending outlook for government IT in President Barack Obama’s recent budget proposals could finally be the opening it needs. In calling for a 35 percent increase in cybersecurity spending to $19 billion, the White House also proposed a $3.1 billion revolving fund to upgrade legacy IT throughout the government. Venting his frustration, and no doubt that of many others in the administration and Congress, Obama talked about ancient Cobol software running Social Security systems, archaic IRS systems and other old, broken machines and software at federal agencies. Read more
[GCN.COM]

JAVASCRIPT: JavaScript, Scaling and Microservices – a Team That Can’t Be Beaten. Today it’s all about scalability. An app capable of swiftly adapting to growing user numbers is most likely to become one of the front runners of the app game. How is JavaScript doing in this field? According to Johann-Peter Hartmann: “Historically, the involvement of JavaScript in this field happened purely by mistake.” Find out more
[JAXENTER.COM]

HTML5: Google – Flash Ads Are Finally Going Out, HTML5 Ads Are In. Flash-based ads will no longer be accepted starting January 2, 2017. After taking many steps in this direction, Google announced Tuesday that it will finally stop serving Flash formatted display ads. As of June 30, 2016, advertisers will no longer be able to upload new Flash ads into AdWords or DoubleClick. The final hit will happen on January 2, 2017, when Flash ads will no longer be eligible to run on Google’s ad networks. All display ads are to be built in HTML5. Read more
[MARKETINGLAND.COM]

ATTN: Federal & State CTOs CIOs CISOs: Daily Tech Update – February 16, 2016
Tagged on: Anne Rung administrator of the Office of Federal Procurement Policy    baseline computer models for federal government    Blue Mountain Data Systems    Clinger-Cohen Act    HTML5    is SDx the model for IT security    Paul Vesely    U.S. CIO Tony Scott    what are the most recent security patches critical fixes for Windows Java Flash    what are the top local government IT Execs’ 2016 priorities    what is SDx    what is the lightweight laptop headed for Federal Government Standard Configuration List    when Google Flash Ads will be replaced by HTML5    why you should use TypeScript