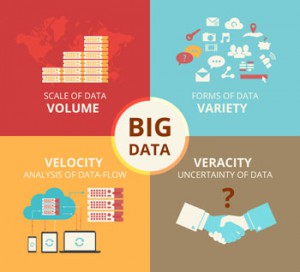 BIG DATA: Data Silos – A Pragmatic Approach. People talk disparagingly of the data silo, a repository of fixed data that is not used during an organization’s daily operations. But sometimes, particularly in government organizations and agencies that handle sensitive information, data silos need to remain stored in compliance with security or privacy policies. Read more
[GOVERNMENTCIOMAGAZINE.COM]

LEADERSHIP: What IT Terminology Are You Swearing Off In 2015? TIME recently released its annual list of words it thinks should be banned in 2015, stocked almost entirely with pop culture jargon like “bae,” “basic” and “turnt.” While most CIOs don’t talk about getting “turnt” or going out with “bae” on a regular basis — or, in some cases, aren’t even sure what those words mean — there are bound to be a few IT terms that have similarly worn out their welcome in 2014. Read more
[SEARCHCIO.TECHTARGET.COM]

MANAGEMENT: FCC CIO Shares Practical Advice for Empowering Employees. If CIOs want to remain relevant, they must listen to the public and to the people on the front line, says CIO David Bray. Read more
[FEDTECHMAGAZINE.COM]

SMART GADGETS: Hidden Devices Scrutinize Employees. Employers are rushing to embrace the Internet of Things, with its array of smart gadgets, to keep watch on their workers. Studies contend that these devices help reduce theft, boost productivity and weed out lazy, incompetent or abusive employees. Find out more
[DAILYDEMOCRAT.COM]

INTERNET OF THINGS: CES And A Case For Separation Of Technology And State. As the 2015 Consumer Electronics Show (CES) winds down, there’s a lot of stuff you probably hope doesn’t stay in Vegas. Find out more
[FORBES.COM]

INCIDENT RESPONSE: So You’ve Been Hacked – What Now? Organizations need to start assuming they will be hacked, and responding accordingly. Read more
[INFORMATION-AGE.COM]

ATTN: Federal & State CTOs CIOs CISOs: Daily Tech Update – February 4, 2015
Tagged on: a data silo is a repository of fixed data that is not used during an organization’s daily operations    Blue Mountain Data Systems    CES separation of technology and state    FCC CIO shares practical advice on how to empower employees    how can data silo info remain in compliance with security or privacy policies    Paul Vesely    what is a data silo    what is Microsoft's Parature Self-Service CRM Update    what to do when you have been hacked