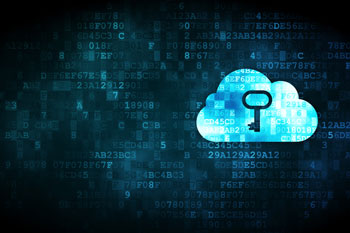 BEWARE THE LIZARD SQUAD: Lizard Squad, the online group that claimed responsibility for the attacks on PlayStation’s and Xbox’s networks last month, is using thousands of hacked Internet routers to run a new attack service it’s selling to consumers. Last month, the group launched Lizard Stresser, which is capable of launching denial-of-service attacks for as little as $3 a month. Find out more
[NEXTGOV.COM]

NEW INITIATIVES: Obama to unveil new cybersecurity initiatives this week. The U.S. president will lay out a series of legislative proposals and executive actions that will be in his State of the Union that will tackle identity theft and privacy issues, cybersecurity, and access to the Internet. Read more
[COMPUTERWORLD.COM]

BITSTAMP: Bitstamp reopens after attack shuttered exchange. Bitstamp resumed operations last Friday after an attack earlier in the week resulted in the loss of 19,000 bitcoins and forced the exchange to close. Find out more
[NETWORKWORLD.COM]

CDC: Transcript for CDC Telebriefing: Update on Flu Season 2014-15. Flu season’s unpredictable in its timing and in other things, but on average it lasts about 13 weeks. Here’s an update from Director of the Centers for Disease Control and Prevention Dr. Tom Frieden. Read more
[CDC.GOV]

IRS: Don’t blame the IRS for reduced services this year, says NTEU president. The Internal Revenue Service is in a position few would envy. As it prepares for a new tax filing season that begins on Jan. 20, it must do so with a budget reduced by 10 percent since fiscal year 2010 and a slashed workforce, while also shouldering new responsibilities under the Affordable Care Act. Read more
[FEDERALNEWSRADIO.COM]

JAVASCRIPT: Try out JavaScript 6 features while you wait for the real thing. If you’ve been itching to take advantage of the wealth of features offered by ECMAScript 6, aka JavaScript 6, but you’re tired of waiting for browsers and runtime engines to get fully caught up, there’s a potential solution. The 6to5 project transpiles ECMAScript 6 to ECMAScript 5 code. Read more
[JAVAWORLD.COM]

HTML5: The 10 most common and avoidable HTML5 mistakes. Here’s a guide to save you from the most common mistakes that people make when they are coding markup with HTML5 or any other prior version of the language. Read more
[THESERVERSIDE.COM]

APPLICATION DEVELOPMENT: We can document-enable your database applications! Blue Mountain Data Systems is dedicated to Application Development and Systems Integration for Federal Civilian Agencies, Document Management Systems that help in the preparation, scanning, indexing, categorizing and quality control of millions of pages of paper documents to electronic format and the Automation of Workflow Processes. Call us at 703-502-3416.