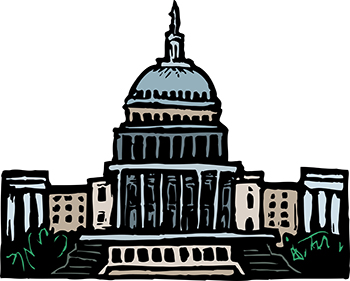 ATTACKS/BREACHES: Former Director Of NSA And CIA Says US Cybersecurity Policy MIA. Gen. Michael Hayden says US government doesn’t have the ‘framework’ to handle attacks by nation-states, others against the power grid, data. Read more
[DARKREADING.COM]

FEDERAL IT: Cybersecurity Underfunded, Industry Tells Congress. Agency IT managers who believe they do not have the resources to adequately fight cybersecurity threats got some backing from industry experts who voiced the same concerns to Congress. Read more
[GCN.COM]

LEGAL: How to Secure Law Firms. Cybersecurity practice groups are springing up at law firms at a rapid pace. This should come as no surprise given the increasing number of high profile hacker attacks. While these teams of legal professionals are assisting corporate America with understanding potential liability associated with security breaches, there is an obvious, yet less often discussed question: What should law firms be doing to protect the security of their own data and the integrity of their IT infrastructure? Read more
[BOL.BNA.COM]

MARKETS: Cyber Security, Small Business And The 2015 Trends That Will Matter More In 2016. Frank Sorrentino, Chairman and CEO of ConnectOne Bank (CNOB), examines the top three themes that influenced banks, small businesses and the economy at large in 2015 – many of which still remain top-of-mind today. Read the rest
[FORBES.COM]

CTO: U.S. CTO Megan Smith Promotes Obama Tech Initiatives with Help from Seattle Techies. U.S. Chief Technology Officer Megan Smith took to the stage last week at CES 2016 to highlight and encourage participation in a variety of technology initiatives being pursued by the White House. She had help from a couple of prominent Seattle techies: City of Seattle CTO Michael Mattmiller and CTO of the Department of Veterans Affairs Marina Martin. Read more
[GEEKWIRE.COM]

CISO: Business Confidence in Cloud Security Grows. According to a Cloud Security Alliance (CSA) survey, 64.9% of IT leaders think the cloud is as secure or more secure than on-premises software. This could be the result of the fact that 71.2% of companies now have a formal process for users to request new cloud services. Read more
[INFOSECURITY-MAGAZINE.COM]

BLUE MOUNTAIN DATA SYSTEMS HAS THE EXPERIENCE: 1994 to Present – U.S. Dept. of Labor, Employee Benefits Security Administration Responsible to the Office of Technology and Information Systems for information systems architecture, planning, applications development, networking, administration and IT security, supporting the enforcement of Title I of the Employee Retirement Income Security Act — ERISA. Within the EBSA, Blue Mountain is responsible for design, development and support for its various enforcement database management systems, as well as all case tracking and customer service inquiry systems. Blue Mountain also provides IT security services to the EBSA, in the form of FISMA Assessment and Authorization, System Security Plans, Risk and vulnerability assessments, monitoring and investigation support. Read more.