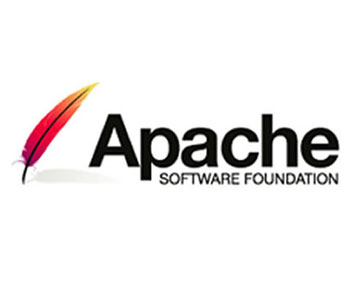 NEW FRAMEWORK CALLED FLINK: The Apache Software Foundation announced Apache Flink as its newest Top-Level Project (TLP). Apache also provides a home for Hadoop, Cassandra, Lucene and many widely used open source data processing tools, so Flink’s entry into the group speaks well for its technical chops. Flink can ingest both batch data and streaming data. Why would someone choose Flink over Hadoop? Performance and ease of use, say the creators of the software. Read more
[COMPUTERWORLD.COM]

INDUSTRY: Big Data Sparks a New Industrial Age. While many financial services executives still struggle to identify compelling Big Data use cases there is another world where Big Data is yielding a big impact right now. This is the world of heavy industry, where companies like General Electric are finding many opportunities to generate meaningful outcomes from accurate, timely, and precise data. Read more
[BLOGS.WSJ.COM]

CLOUD COMPUTING: Thank the cloud for making big data and IoT possible. The ability to analyze massive amounts of data and to connect devices as the Internet of things became a reality when the cloud coalesced. Read more
[INFOWORLD.COM]

ATTN DBAs: Skills must evolve, morph to cope with big data technologies. Big data tools are changing data architectures in many companies. The effect on the skill sets required by database administrators may be moderate, but some new IT tricks are likely to be needed. Read more
[TECHTARGET.COM]

NIH: NIH Commits $1M For Big Data Educational Grants . The National Institutes of Health announced this week that it is seeking applications for new educational grants to fund curriculum design projects and research experiences that will teach the use of “big data” research in the biomedical sciences. Read more
[GENOMEWEB.COM]

WISH LIST: It’s been more than four months since federal Chief Information Officer Steven VanRoekel
walked off the job and into a new role using technology to fight the Ebola outbreak in West Africa. It’s still anybody’s guess whom the administration will name to fill VanRoekel’s shoes. Regardless, agency officials and tech implementers are sharing some items they think should be at the top of the yet-unknown federal CIO’s to-do list. Read more
[NEXTGOV.COM]

WINDOWS 10: 3 things Microsoft needs to prove at its Windows 10 event. If people are to believe Windows can capture the spirit of the mobile era, Microsoft will have to make a watertight case. Will Windows remain relevant? In a world of choices, would you willingly choose Windows 10? And in a business where others make these choices for you, would they choose Windows 10? Read more
[COMPUTERWORLD.COM]

ATTN: Federal & State CTOs CIOs CISOs: Daily Tech Update – January 19, 2015
Tagged on: are there grants from National Institutes of Health for big data research in the biomedical sciences    Blue Mountain Data Systems    Hadoop Cassandra Lucene are popular open source data processing tools    how do cloud computing big data and IoT work together successfully    how is big data being used by heavy industry    NIH commits $1M for Big Data educational grants    Paul Vesely    what are the skill sets required by database administrators to work with big data    what is the new framework called Flink from Apache Software Foundation    where can I find information on Energy Department energy sector cybersecurity framework    who will be the new federal Chief Information Officer CIO