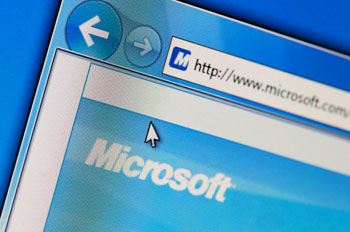 MICROSOFT: What Microsoft’s ‘fresh start’ browser strategy means. Microsoft will unveil a browser not named Internet Explorer (IE) alongside Windows 10, according to an online report. The browser would be separate from the existing IE, would sport a minimalist user interface (UI), and would support extensions, sometimes called add-ons, much like Google’s Chrome and Mozilla’s Firefox. Read more
[COMPUTERWORLD.COM]

BUSINESS APPS: More Business Apps Are Delivered Over the Internet. The deployment of business apps over the Internet will increase considerably in 2015. Much of this is driven by the mobility-driven demise of the traditional workplace, along with the need for greater collaboration and productivity. There are still lingering concerns, however, over issues such as security and app performance, and many CIOs will look to IT solution providers to address these issues. Read more
[CIOINSIGHT.COM]

MANAGEMENT: Everyone In Management Is A Programmer. Anyone involved in management is a programmer. Being a leader within your organization requires you to master the art of motivating and coaching people, which isn’t all that different from, say, programming a person. Read more
[TECHCRUNCH.COM]

CYBER THREAT IN 2015: 10 Twists On Hackers’ Old Tricks. Here is a list of hacker “Old Faves and New Twists” that Feds should be mindful of. Read more
[NEXTGOV.COM]

FOR 2015: The Top 15 Security Predictions. As top security companies, magazines and bloggers came out with their predictions for 2015, one simple message emerged: more of the same – only worse. Since 2014 brought us twice the cyber danger as 2013, you may want to adjust your cyber safety belt. Read more
[GOVTECH.COM]

FEDERAL AGENCIES: Agencies improve, but still fall short of cybersecurity CAP goals. Most agencies are making progress in securing their information and protecting themselves from cyber threats, but they’re still falling short of the Cross-Agency Priority (CAP) Goals set by the Obama administration. Read more
[FEDERALNEWSRADIO.COM]

ATTN: Federal & State CTOs CIOs CISOs: Daily Tech Update – January 2, 2015
Tagged on: Blue Mountain Data Systems    how is mobile technology affecting the traditional workplace    Paul Vesely    use open source Node.js library to create BitCoin apps with JavaScript    what are the Cross-Agency Priority CAP Goals for federal agencies    what are the cyber threats in 2015    what is Microsoft fresh start browser    what is the latest version of BitPay Bitcore JavaScript API