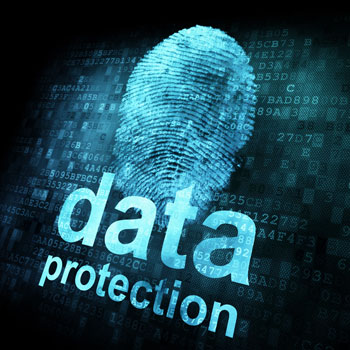 MICROSOFT AZURE: Microsoft Azure Racks Up Cloud Compliance Certifications. In the U.S. and abroad,
Microsoft is piling on the security and privacy certifications in its bid to attract more enterprise workloads to its cloud platform. Azure has completed an ISO 27001 renewal audit to the 2013 version of the standard, following the ISO [International Organization for Standardization] 27002 best practices for comprehensive information security and risk management. Read more
[EWEEK.COM]

PENETRATION TESTING: How often should you conduct penetration testing? In a rapidly shifting attack landscape against the backdrop of a hackers’ black market worth billions, if you wait to pentest — you lose. Read more
[ZDNET.COM]

DATA CENTERS: 4 Steps to a Successful Data Center Migration. As organizations undergo mergers and
acquisitions, on-premise facilities continue to age, and consolidation mandates are handed down, the need arises to migrate data center equipment to new facilities. Whether you colocate or choose the best equipment for a consolidated, company-owned data center, moving IT equipment and workloads between sites is a time-consuming and potentially costly endeavor. These best practices can help you plan for data center migrations. Read more
[DATACENTERKNOWLEDGE.COM]

SOFTWARE SAFETY: Who is responsible for software safety? Nobody is no longer an option. Regulation. While many see it as a dirty word, when you take a look around, regulation has historically only been implemented when addressing public safety, or when industries have failed to self-regulate on their own, leading to unstructured chaos. What about software? Read more
[SCMAGAZINE.COM]

CLOUD: Six ways to avoid cloud missteps. As some companies enter into their first cloud engagements, other organizations already are looking back at ‘legacy cloud’ experiences and defining best practices based on what they might have missed or overlooked the first time around. If you are looking to avoid problems with a cloud vendor, here are a few tips…based on experience: Read more
[ENTERPRISERSPROJECT.COM]

DEPARTMENT OF COMMERCE: The federal government wants to make it easier for communities to expand broadband by offering them training programs, technical assistance and guidance for supporting higher Internet speeds. The Department of Commerce’s National Telecommunications and Information Administration (NTIA) will offer these resources to communities through a new initiative called BroadBandUSA. The NTIA initiative is part of a larger effort President Barack Obama announced this week to promote access to faster, cheaper broadband nationwide. Read
more
[STATETECHMAGAZINE.COM]

DEPARTMENT OF EDUCATION: Know a student who made federal student loan payments in 2014? He or she may be able to claim up to $2,500 in eligible interest paid on his/her student loan each calendar year. Student loan interest payments are reported both to the Internal Revenue Service (IRS) and to you on IRS Form 1098-E, Student Loan Interest Statement. Read more
[STUDENTAID.EDU.GOV]

DEPT OF ENERGY: 1 in 78 New Jobs in America is a Solar Job. As of November 2014, the solar industry
employs 173,807 workers, representing a growth rate of nearly 22% over the previous year. The solar industry is adding workers at a rate nearly 20 times faster than the overall economy. Read more
[ENERGY.GOV]

SWIFT: Java and JavaScript rule but use of Apple’s Swift language is skyrocketing. Just a few months after Apple released Swift for iOS, the language has become one of the most popular for developers. Read more
[ZDNET.COM]

ATTN: Federal & State CTOs CIOs CISOs: Daily Tech Update – January 21, 2015
Tagged on: 4 steps to a successful data center migration    Blue Mountain Data Systems    how can I find a checklist for data center migration    how can you test Windows Server resiliency before cyberattack    how often should you conduct penetration testing    how to avoid problems with a cloud vendor    is Microsoft Azure certified cloud compliant    Microsoft Azure earns cloud compliance certifications    Obama instructs federal agencies to advance up to six weeks of paid sick leave to federal employees with a new child    Paul Vesely    what are the data protection trends for 2015    what are the three major data protection domains    who is responsible for software safety in federal civilian agency