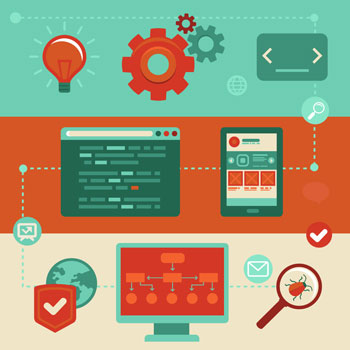 PROTOSKETCHING: How protosketching can help digital development. Government project managers are always looking to streamline the way processes and ideas influence final products. They want to flush out poor ideas and models as early as possible while also accelerating creativity. One way agencies can achieve this is through protosketching. Protosketching is a way to simultaneously explore user experience and design solutions, and is especially useful where developers must define dynamic interactions in response to user behavior. Read more
[GCN.COM]

MOBILE: Why is Kenya 10 years ahead of the US on mobile payments? The answer is simple: Kenya needed phone-based payment systems more urgently than the US did. Credit card penetration was (and is) low in Kenya. Most Kenyans don’t have bank accounts, making paper checks largely useless for all but the largest transactions. M-PESA, the mobile payment system offered by Safaricom, is used by more than two thirds of adult Kenyans and is the model for hundreds of digital payment startups across Africa and around the globe. Read more
[NEXTGOV.COM]

HADOOP: Hadoop Analytics Is Finding Favor With More CIOs. CIOs appear to be shaking off their early reticence to use Hadoop. Deutsche Bank said 12 of the 26 CIOs it interviewed suggested Hadoop would figure into their analytics plans, either in proof-of-concept or production implementation. The CIO of a global telco provider said he was developing a new business intelligence system that would leverage Hadoop “as much as possible.” A CIO at a major retailer said he is testing Hadoop for analyzing data on its supply chain and security systems. Read more
[BLOGS.WSJ.COM]

GSA: GSA looks to commercial sector for new federal payment systems. The General Services Administration has issued a request for information on cutting-edge payment systems, including smartphone and tablet-based methods, so-called contactless credit cards that do not need to be swiped, cardless charge accounts, apps such as Google Wallet and digital currency such as bitcoin. Newer systems could be more secure, protect against fraud, and also could allow the GSA to track government payment patterns in aggregate, according to Dave Shea, director of the GSA’s Office of Charge Card Management. Read more
[WASHINGTONPOST.COM]

NASA: At NASA Langley Research Center, the Big Data Analytics team envisions computer assistants or “virtual helpers” doing the more mundane work for scientists, who can then concentrate on bigger projects or ideas. How? By using the same technology behind “Watson,” a computer system developed by IBM researchers to process natural language and stored information to answer questions posed on Jeopardy! in 2011. Read more
[DAILYPRESS.COM]

MySQL: Demand for MySQL skills will not die out in era of big data and IoT. Organizations will continue to demand MySQL skills despite growing interest in alternative database platforms more suited to big data analytics and internet of things workloads. Read more
[TECHWORLD.COM]

ATTN: Federal & State CTOs CIOs CISOs: Daily Tech Update – January 23, 2015
Tagged on: Blue Mountain Data Systems    find a overview of the realignment and placement of big data    how does protosketching help digital development    how is Oracle attracting cloud customers    Paul Vesely    what is protosketching    why is GSA looking to commercial sector for new federal payment systems    why is Kenya 10 years ahead of the US on mobile payments    why NASA Langley Research Center Big Data Analytics team creates computer assistants virtual helpers    why use Hadoop Analytics    will need for MySQL skills be less in era of big data and IoT