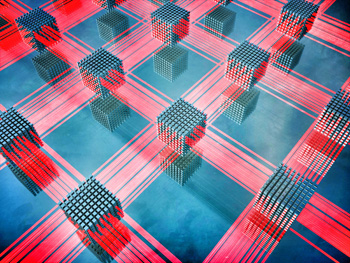 ORACLE: Despite the Rise of Open Source, Oracle Was 2015’s Fastest-Growing Database. It’s far too early to count Oracle out of the database wars. According to a new report from DB-Engines, a site that tracks the popularity of database technologies, Oracle was not only the most widely used and discussed database in the world in 2015, it was also saw the most growth in those areas last year as well, at least by one metric. Read more
[WIRED.COM]

PRIVATE BLOCK CHAINS: Why Private Blockchains Will Not Replace Relational Databases (yet). While blockchain technology carries the same sizzle as cloud technology did a few years ago, its current usefulness may be more limited than many expect. Businesses eager to appear on the bleeding edge have entered the second stage of DeRose’s law: They are experimenting with private, proprietary implementations of blockchains and want to “blockchain all of the things.” However, in many cases, blockchains are not any faster, safer, cheaper, or easier to use than a properly architected, administered, and secured relational database. Read more
[UPSTART.BIZJOURNALS.COM]

NoSQL: NoSQL Databases – 4 Game-Changing Use Cases. Sure, you’ve heard about NoSQL, but is it just another technology fad that’s all hype? What can you actually do with a NoSQL database? With the performance and scalability that NoSQL offers, the only limit is your imagination. Read more
[SMARTDATACOLLECTIVE.COM]

SQL SERVER 2005: What You Need to Know as SQL Server 2005 Fades Away. On April 12, 2016, Microsoft will end support for the 2005 version of the venerable database server, which means no more upgrades or security patches. IT directors who haven’t already upgraded face the possibility of a costly migration from the decade-old technology. There’s still time to plot your upgrade strategy before Microsoft ceases support.Read more
[STATETECHMAGAZINE.COM]

THREATS: 3 Tips for Selecting Threat Intelligence Services. Threat intelligence software can help state and local governments detect threats more quickly and accurately. IT managers can’t maintain a strong security posture if they’re not aware of the latest attack vectors, which is why organizations are increasingly adding cyberthreat intelligence to their defense arsenals. Read the rest
[STATETECHMAGAZINE.COM]

CIO SECURITY STRATEGY: 10 Stupid Moves That Threaten Your Company’s Security. As you walk through the door of your company each morning, you are potentially poised to be the weakest link in your organization’s defense against hackers and malicious attackers. Here are the 10 boneheaded moves you make — often without realizing the security risk. Read more
[INFORMATIONWEEK.COM]

LEADERSHIP: IT Security And Operations Staffs Often Work At Cross-Purposes. Hackers and state-sponsored cyber armies aren’t the only security threats large enterprises face today. Some of the biggest risks come from outdated and poorly synchronized internal procedures that thwart efforts to quickly defend against known threats. For example, 44% of executives in North America and Europe say security breaches occur even when vulnerabilities and their remediation have already been identified. Read more
[FORBES.COM]

IT SECURITY SUPPORT FROM BLUE MOUNTAIN DATA SYSTEMS: Blue Mountain Data Systems is actively involved in implementing FISMA and NIST standards with Federal Civilian Agencies. Due to our extensive experience in this area, Blue Mountain has developed processes and organizational techniques to help ensure security deliverables are completed on time, and performed in the most efficient manner possible. We ensure that NIST-800-53 control requirements are treated consistently during definition, analysis, implementation, auditing, and reporting phases of a system. Find out more about Blue Mountain Data Systems IT Security Support Services. Call us at 703-502-3416.