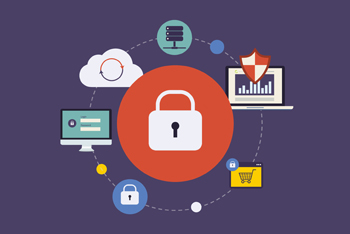 THREAT ADVISORY: Apple Blocks Outdated Flash Player Versions in OS X, Safari. In its advisory, Apple said it will begin blocking out-of-date versions of Flash in its Safari browser. This is not an unprecedented move from Apple, which on several occasions dating back to 2012 has proactively blocked Flash, especially after major updates or publicly reported attacks. Read more
[THREATPOST.COM]

PONEMON REPORT: What Data Breaches Now Cost And Why. The actual cost of a data breach is all about industry sector and location, location, location. Healthcare and education sectors incur the highest breach costs of all industries, and Germany and the US cost victim organizations more than anywhere else in the world. Read more
[DARKREADING.COM]

TAX RETURN FRAUD: IRS Is Still Using Windows XP, Has A Cybersecurity Staff Of 363 People. In the last few years, tax return fraud has become a serious problem at the state and federal levels, thanks to the growth of e-filing and security holes in IRS and third-party tax software systems. Is the IRS to blame for this trend? There are really only two options: the IRS is either broke or incompetent. Read more
[CONSUMERIST.COM]

INFORMATION PROTECTION: Cybersecurity, User Interface and You. Cybersecurity isn’t what it used to be. Safeguarding the information of companies and customers used to be the sole concern for those in the IT security profession—but no longer. Now, the user experience must be considered, as well. Read more
[DELOITTE.WSJ.COM]

DIGITAL CRYPTOPARTY: As Patriot Act Debated, Privacy Tools More Accessible. People around the world hold strong views on protecting privacy. A recent survey from the Pew Research Center shows 74 percent of Americans believe control over personal information is “very important,” yet only 9 percent believe they have such control. The tech community is trying to change that. Read more
[MISSIONLOCAL.ORG]

DEFENSE TECH: Pentagon Will Relaunch $475 Million Cyber Effort This Fall. Shortly after cancelling its search for bids on a five-year outsourcing contract, U.S. Cyber Command said a retooled version will be out by October. Read more
[DEFENSEONE.COM]