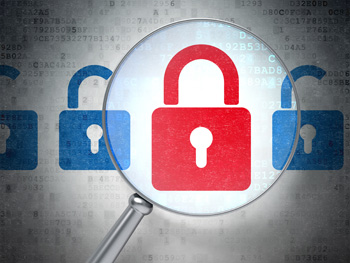 CORPORATE TECH: Why Millennials Are an Information-Security Threat. Millennials like being social, and they like using technology. What some don’t recognize is how the combination of these behaviors may cause issues for organizations. Read more
[BLOGS.WSJ.COM]

LAWSUIT OUTCOME: The Bad News For Infosec In The Target Settlement. The legal argument behind the $10 million Class Action lawsuit and subsequent settlement is a gross misrepresentation of how attackers operate. Central to the recent Target data breach lawsuit settlement was the idea that cyber attacks are mechanistic and follow a prescribed course or chain of events. Read more
[DARKREADING.COM]

CLOUD RESTRICTIONS: Microsoft Unveils Plans For Stronger Encryption And Tighter Controls Over Office 365 Data. One of the biggest barriers to adoption of cloud services is trust. For organizations accustomed to running on-premises servers, handing over business-critical services to a third party is not an easy decision. That’s especially true in a world where the very example of Edward Snowden offers a nightmare scenario for a CIO. Read more
[ZDNET.COM]

CALIFORNIA: Los Angeles Deploying Smart Streetlight Network. A project to improve lighting controls on the streets of Los Angeles has the potential to become an expansive, data-collecting network in the city. The Los Angeles Bureau of Street Lighting has been upgrading the city’s streetlights to LED bulbs for years. But the city is also attaching mobile sensors to the devices, enabling them to know what bulbs have burned out. Read more
[GOVTECH.COM]

FEDERAL BUDGET: Government Promises Big Money, But Not For Tech. The federal budget, introduced on Tuesday, promises lots of government money to help businesses. The manufacturing and resource extraction industries as well as small businesses will see most of that. There was little mention of the tech sector and startups. Read more
[TECHVIBES.COM]

MISSOURI: Kansas City, Cisco Partner To Develop Smart Cities Technology. Kansas City will team up with Cisco Systems over the next decade to deploy $15 million worth of smart city technologies. The deal, which has been in the works since last May, will be formalized through a city ordinance that the Kansas City Council’s Finance, Governance and Ethics Committee. The city will contribute around $3.7 million of the project’s total tab. Read more
[FIERCECITIES.COM]

GOVERNMENT INVESTMENTS: The Future Of Civic Technology. There are many conversations concerning “civic technology,” or “civic tech” and the opportunities for leveraging digital tools to benefit the public. The $6 billion civic technology is just a piece of the $25.5 billion that government spends on external information technology (IT). Read more
[BROOKINGS.EDU]