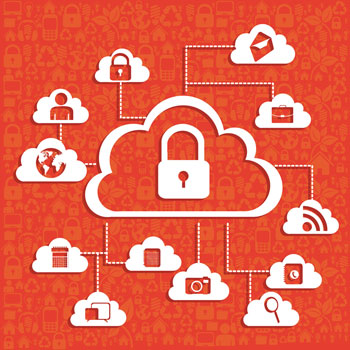 AMAZON WEB SERVICES: Amazon In a Battle for Cloud Supremacy. It’s still the champion of cloud, but Amazon Web Services Inc. (AWS) finds itself increasingly beset by challengers doing their best to take its title. Among the many challengers stepping into the ring, the top contender is Microsoft. Read more
[VIRTUALIZATION.COM]

INTEGRATION: DBAs More Concerned with Cloud, Virtualization than Big Data. Structured data is still king, but that may be in part because many organizations simply aren’t even trying to manage unstructured data, a just-released report by Dell reveals. Dell commissioned Unisphere Research to query those who manage data at North American companies. Read more
[ITBUSINESSEDGE.COM]

VIRGINIA: How Suffolk Future-Proofed City Hall. Until last August, the communications and network infrastructure in the city of Suffolk, Va., were being held together by “rubber bands and paper clips.” But a network modernization seven months ago has given the IT department complete up time and the infrastructure to deploy future technologies. Read more
[GOVLOOP.COM]

DEFENSE DEPT: Why This National Data Breach Notification Bill Has Privacy Advocates Worried. Nearly every state has its own law on when consumers must be told that their data has been stolen in a cyber breach — but there’s no single national standard that covers all intrusions. The patchwork of state laws has raised concerns, especially in the wake of breaches that have hit retailers and the medical field in recent years. Read more
[FIERCEGOVERNMENTIT.COM]

CELLULAR INTERCEPTION: New California Bill Would Require Local Approval For Stingray Use. One California state senator has a fairly simple idea: what if a city or county government had to affirmatively and publicly approve any acquisition or use of a stingray? A new bill pushing for just that cleared its first committee hurdle in California, as Senate Bill 741 passed the state’s Senate Committee on Governance and Finance by a vote of seven to zero. Read more
[ARSTECHNICA.COM]

SOFTWARE: Governments Find Clear Reasons to Refresh Systems.“If it ain’t broke, don’t fix it” may be sage advice for some situations, but it’s not necessarily the best way to run an IT department, as Brunson White discovered when he became Alabama’s first secretary of IT in 2013. Many of Alabama’s 36,000 desktop PCs were chugging along, but the machines were still running Windows XP and only a few months remained before Microsoft stopped supporting the operating system. Read more
[ARSTECHNICA.COM]