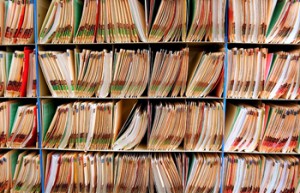 INFORMATION GOVERNANCE: Nonprofits Offer Help with Agency Records Management. Addressing the confusion over which agency communications must be preserved as federal records, a group of private nonprofits on Monday announced a new coalition to support the federal government’s efforts to modernize its records management infrastructure and implement information governance practices that have proved effective. Read more
[GOVEXEC.COM]

WEB CONTENT: Why Your Agency Should Be Blogging. Blogging is important for government agencies. The most important reason is that good blogs can humanize the often-impersonal, bureaucratic face of government. Agencies should embrace blogging for this reason alone, and make sure they take advantage of this humanizing ability by personalizing blog posts as much as possible. It’s important to avoid using government-style language usually found elsewhere on agency websites. Read more
[FCW.COM]

MALWARE: Why Fraud Is Shifting to Mobile Devices. As a result of the explosive growth in worldwide use of smart phones, mobile malware will play a much bigger role in fraud this year, predicts Daniel Cohen, who heads up the anti-fraud services group at security firm RSA, which just released its 2014 Cybercrime Roundup report. Read more
[GOVINFOSECURITY.COM]

STAFFING: The Silver Lining for CIOs in HR’s Cloud Challenges. HR executives are flocking to the cloud as a means to better engage talent and empower employees. In many organizations, HR executives are flying solo on their cloud transitions without the support of IT, as cloud vendors sidestep the IT departments and sell directly to Chief Human Resource Officers (CHROs). Read more
[CIODASHBOARD.COM]

FEDERAL PROGRAMS: How To Innovate In A Short Timeframe And On A Shoestring Budget. More stringent fraud detection at the Social Security Administration thanks to a Web service that can efficiently sift through terabytes of data. Find out more
[NEXTGOV.COM]

IT ASSISTANCE: Help Desks: A Problem of Astronomical Proportions. Some time ago the Johnson Space Center in Houston, Texas, found themselves with a problem. Not a problem in space, but a problem on the ground: they had too many help desks. Find out more
[GOVERNMENTCIOMAGAZINE.COM]

ATTN: Federal & State CTOs CIOs CISOs: Daily Tech Update – March 16, 2015
Tagged on: Blue Mountain Data Systems    how many help desks are too many    how to innovate in a short timeframe and on a shoestring budget    Missouri Gov Jay Nixon taps S And P settlement for tech partnership    Paul Vesely    what agency communications should be preserved as federal records    why cloud vendors sidestep the IT departments and sell directly to Chief Human Resource Officers (CHROs)    why federal agencies should blog    why fraud is shifting to mobile devices