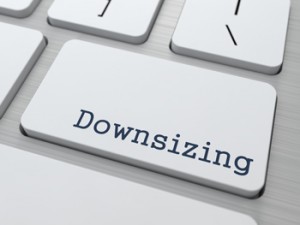 DOWNSIZING: Budget Cuts Force DHS To Scale Back HQ Consolidation. The Department of Homeland Security has a new plan to consolidate its headquarters – cutting hundreds of millions of dollars in costs while fitting thousands more employees into less space. Read more
[FEDERALTIMES.COM]

MONTANA: Legislators Seek To Curb Federal Snooping. Bills at the state level in Montana are looking to place restrictions on the federal government’s snooping authority, making it harder for “big brother” to watch citizen activity inside the state. Read more
[STATESCOOP.COM]

NATIONAL SECURITY: New Agency To Sniff Out Threats In Cyberspace. The Obama administration is establishing a new agency to combat the deepening threat from cyberattacks, and its mission will be to fuse intelligence from around the government when a crisis occurs. Read more
[WASHINGTONPOST.COM]

IDENTITY GOVERNANCE: IBM Security Is a Leader, Again, in the New 2015 Gartner IGA Magic Quadrant. IBM Security has made its way back into the Leaders quadrant in the newly published Magic Quadrant (MQ) for Identity Governance and Administration (IGA). When the latest report was published in 2014, IBM was in the Visionary quadrant and had been a Leader in the 2012 MQ. So, it’s been a journey, to say the least. Find out more
[SECURITYINTELLIGENCE.COM]

SECURITY: Bug Bounties Entice Researchers to Don White Hats. Bug bounty programs are used by individual software makers to improve the quality of their products, but they can have incidental benefits for all software makers, too. One of those is to encourage bug hunters to wear a white hat instead of a black one. Find out more
[TECHNEWSWORLD.COM]

DATA PROTECTION: Whodunit? In Cybercrime, Attribution Is Not Easy. Attribution IS one of the major challenges of law enforcement. But while identifying perpetrators is difficult enough in the physical world, it is even tougher in the cyber world, where the ways for perpetrators to cover their tracks or make it look like a breach was committed by someone else are both sophisticated and practically limitless. Read more
[CSOONLINE.COM]

IOE SOLUTIONS: Beer Gets Better Through the IoT. Del Papa Distributing, a family-owned beer distribution company that delivers more than 10 million cases of beer annually from 30 suppliers, is embracing the so-called Internet of Everything (IoE) to simplify operations and create a more streamlined system for deliveries at their new 27-acre headquarters in Texas.
Read more
[MOBILEENTERPRISE.COM]