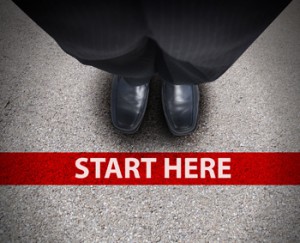 MODEST ADVICE: Life Lessons from Harper Reed and Inside His New Startup. Harper Reed, the former CTO of both the 2012 ‘Obama for America’ campaign and Threadless, is one of the most influential, accomplished, and well-known members of the Chicago tech community. He shares some “life lessons” here: Read more
[CHICAGOINNO.STREETWISE.CO]

INTERNET OF THINGS: Five Myths (Debunked) About Security And Privacy. IoT has the potential to enable improvements to so many facets of life, the list is endless. Its primary advancement is enabling the interconnectedness of “things” and resulting insights and synergies. Yet that same connectedness raises concerns for security and privacy that must be addressed. Read more
[CSOONLINE.COM]

TECH TRENDS: Is Google’s Schmidt Right? Will the Internet Disappear? At the annual World Economic Forum in Davos, Switzerland, Schmidt was asked what he sees for the future of the Internet. His answer is somewhat startling, until you hear his full explanation. Read more
[CIO-TODAY.COM]

INSIDE VULNERABILITIES: 4 Ways to Honor User Privacy (While Avoiding User Threats). Did you know that 69 percent of reported breaches involve someone inside the organization? Whether by mistake or malice, users are the biggest threat to a company’s data. Therefore having forensics and analytics on your users’ actions is the best way to audit and respond to a data breach. Read more
[isaca.org]

OPEN SOURCE: Getting Down and Dirty with ElasticSearch. This talk will take you from the beginning — how to get your data into Elasticsearch — through the process of tweaking the schema to support your search requirements. We will talk about how to construct complex queries using the query DSL, and the tools available for understanding search results. Read more
[ISPORTSTV.NET]

AMAZON WEB SERVICES: Deploying Elasticsearch on Amazon AWS. Given the massive interest in this area, we thought we would invite you learn from the experiences of others and see how some organizations got up and running. Read more
[YOUTUBE.COM]

EDUCATION: Maryland Adds Cybersecurity Law Program. The University of Maryland Francis King Carey School of Law has expanded its new master of science in law program to include specializations in patent law and cybersecurity, bringing the number of options to five. Read more
[MILITARYTIMES.COM]

HARDWARE: Intelligent Computer Keyboard Identifies Users By Pattern Of Their Key Taps. Protective computer passwords have some competition. Researchers at the Georgia Institute of Technology have developed a novel intelligent computer keyboard that not only cleans itself – but can identify users by the pattern and style of their fingertips and keystrokes. Read more
[WASHINGTONTIMES.COM]