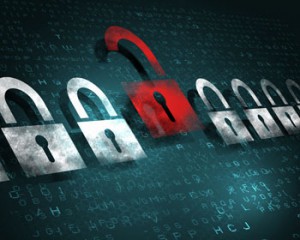 WEBINAR/TRAINING: How to Implement the NIST Cybersecurity Framework Using COBIT 5. Get an introduction to the NIST Cybersecurity Framework (CSF) and ISACA’s forthcoming CSF Implementation Guide via this on demand webinar. Learn how organizations can successfully implement CSF using the globally recognized business framework – COBIT 5. Gain insights and strategies to use in improving your enterprise’s cybersecurity defenses. Find out more
[GOVINFOSECURITY.COM]

USER ACCESS: The Secret Question Threat. When it comes to security it can be hard to strike a balance between infrastructure safety and user convenience. A security professional’s life is never easy and definitely never boring. This is because at its core, security is all about allowing convenient access to a system for all those who have legitimate access to it. Yet, at the same time, that convenience, in turn, also creates security risks. Find out more
[GFI.COM]

DRIVERS AT RISK: Car Hacking Report Explores Lack Of Real-Time Response Capabilities. A senator has released a report on security and privacy concerns facing U.S. drivers, which includes a troubling, though not surprising, finding that most automakers lack the ability to respond to intrusions in real-time. Find out more
[SCMAGAZINE.COM]

DIGITAL SERVICES: Federal IT Playbook Looks to Avoid Healthcare.gov Redux. In the push to improve the delivery of government services while keeping costs in check, federal CIOs need to reevaluate the way the traditional ways they plan and implement new IT projects, senior administration and industry officials say. Read more
[CIO.COM]

CISCO: Cloud, Software-Defined Networking Strategies. Cloud computing and software Relevant Products/Services-defined networking have been two major areas of focus for Cisco as the company works to grow beyond its traditional realm of routers and switches. And those new targets appear to be paying off, according to Cisco’s latest quarterly earnings report. Read more
[CIO-TODAY.COM]

ESTIMATION: When to Say “No” to #NoEstimates – A Case Study. Recent traction around the #NoEstimates debate suggests the development community is looking to break free from traditional agile techniques like relative and t-shirt sizing. This lust for more freedom is not unwarranted. Many developers do their best work when constraints like timelines and documentation are removed. So, should you explore the benefits of #NoEstimates? In the complex world of enterprise software development, we say no. Read more
[CIODASHBOARD.COM]

OPEN DATA: Ebola Response By NGA Marks First Step In “Unprecedented” Move Toward Data Transparency. When the U.S. government decided to put boots on the ground in West Africa last fall to help staunch an emerging Ebola epidemic, agencies needed a lot of highly- trained medical and logistics personnel. But they also needed reliable maps — something Liberia didn’t have at the time. Read more
[FEDERALNEWSRADIO.COM]

INFRASTRUCTURE: White House Says Progress Being Made To Enhance Privacy In Era Of Big Data. The White House released a generally upbeat interim report detailing progress in implementing privacy protections around the ever-increasing collection, use and storage of big data. Read more
[FIERCEGOVERNMENTIT.COM]

EXERCISE: Test of Strength: Fitness Apps vs. Personal Trainers. ACTIVITY trackers. Calorie counters. Phones with heart monitors.
Technology companies are clearly fascinated with fitness and health these days. As technology starts pushing us to be healthier and fitter, some apps are even trying to replace the personal trainer or the gym entirely. Read more
[NYTIMES.COM]