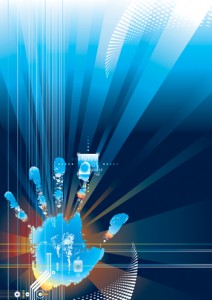 SURVEY: Surge in IT Security Measures Anticipated in 2015. Chief information officers (CIOs) are taking a multipronged approach to protecting sensitive company information, a new survey from Robert Half Technology shows. The majority of CIOs interviewed are currently taking or planning to take steps in the next 12 months to improve information technology (IT) security at their firms. Read more
[PRNEWSWIRE.COM]

PRESIDENTIAL TALKS: Obama Heads to Tech Security Talks Amid Tensions. President Obama will meet with the nation’s top technologists on a host of cybersecurity issues and the threats posed by increasingly sophisticated hackers. But nowhere on the agenda is the real issue for the chief executives and tech company officials who will gather on the Stanford campus: the deepening estrangement between Silicon Valley and the government. Read more
[NYTIMES.COM]

FEDERAL SPENDING: Feds Wasting At Least $35 Billion on IT and Security. A new report, Understanding the Federal Government’s ‘IT Insecurity’ Crisis, released by the International Association of Information Technology Asset Managers (IAITAM), has the group claiming that “half or more of the $70-$80 billion the U.S. government spends each year on Information Technology (IT) and IT Security is wasted.” Read more
[WEEKLYSTANDARD.COM]

DATA CENTERS: Why The Pentagon CIO Hates The Term Data Center. Rarely has the Defense Department dedicated the kind of time and resources to talking emerging technologies as it did Jan. 29 at an industry-day event, parading a who’s-who of top tech officials to explain the Pentagon’s plans for cloud computing. Read more
[NEXTGOV.COM]

NETWORKING: The Rise Of The Cloud WAN. Cloud technology is pushing WAN technology toward the consumer paradigm, as a raft of new startups make it easier to provision and deploy WAN services in the cloud with a software-only model. The WAN functionality moving into the cloud includes business-class Internet, security, WAN optimization, and application policy control. Read more
[NETWORKCOMPUTING.COM]

LETTER TO THE EDITOR: Moving State Data Center To Groton A Bad Idea. Two weeks and two major snowstorms tore through Connecticut. Just wait until next year when the state’s information technology data center will be based in Groton, a facility that will be well over 50 miles from the Capitol, the Hartford Armory, and the Department of Emergency Services and Public Protection command center. Read more
[COURANT.COM]

CAMPUS TECH: Texas Christian U Deploys Module Power System for Data Center. Texas Christian University (TCU) in Fort Worth, TX has implemented a modular electrical infrastructure system to support its new data center hall. The university had limited space for its new data center, and the repurposed building in which it’s housed “was not structurally designed to support the weight of a conventional data center electrical room,” said Travis Cook, deputy CTO at TCU, in a prepared statement. Read more
[CAMPUSTECHNOLOGY.COM]

EDUCATION: Is Student Data at Risk Due to Out-of-Date Privacy Laws. Members of Congress warn that an aging privacy statute hasn’t kept pace with technology in the classroom and urge that restrictions be placed on third-party use of student data. Read more
[CIO.COM]

DEVELOPER NEWS: PHP Changes IBM i Shops, And They Change The PHP Community. What has PHP done to buck the trend in IBM midrange shops to resist change? Fear of disrupting traditional business policies and procedures is not unusual and it’s not unique to the IBM i community. Change is scary, but it can also be exciting. PHP has brought about a pretty fair share of change. And in the process, PHP has changed. The IBM i PHP community has changed, too. Read more
[ITJUNGLE.COM]

AMAZON WEB SERVICES: Five Reasons To Use Go For AWS Cloud Programming. Go is a low-level language designed to be fast and easy to program, especially for concurrent programs. It was originally designed by Google but is becoming more popular as a cloud programming language. Here are five reasons why you should consider using Go for your next AWS project. Read more
[SEARCHAWS.TECHTARGET.COM]

ATTN: Federal & State CTOs CIOs CISOs: Daily Tech Update – March 24, 2015
Tagged on: Blue Mountain Data Systems    cloud technology WAN technology and the consumer paradigm    five reasons to use Go for AWS cloud programming    how has PHP changed IBM i Shops    how much do Feds waste on IT and security    how to find Understanding the Federal Government's IT Insecurity report    information disclosure flaw exposes Netgear wireless routers to attacks    is student data at risk due to out-of-date privacy laws    IT security measures best practices    Paul Vesely    project management    what is causing the deepening estrangement between Silicon Valley and the government    what is the International Association of Information Technology Asset Managers IAITAM    what IT security measures should be used in 2015