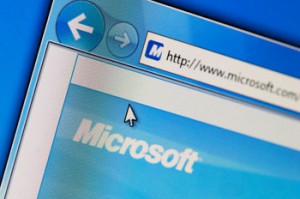 MICROSOFT: Patch Tuesday: Are Those Critical Patches Really Critical? Downtime. One word to strike fear into the hearts of even the hardiest of IT manager. Avoiding downtime at pretty much all costs is the name of the game now. Read more
[THEVARGUY.COM]

SOFTWARE CONTAINERS: IBM Tries to Paint the Computing Cloud Blue. The company recently announced at a conference in Las Vegas a series of technologies and investments designed to win business customers over to IBM’s version of modern computing. As the chief executive Virginia Rometty sees it, the future is about using computers both inside corporations and in remote cloud computing systems. Read more
[BITS.BLOGS.NYTIMES.COM]

NETWORKING: How HTTP/2 Will Speed Up Your Web Browsing. When the last version of the Hypertext Transfer Protocol 1.1 (HTTP/1.1) was approved in 1999, fast computers were running 500MHz Pentium III chips, Bill Clinton was president of the United States, and software engineers were working hard at fixing the Y2K bug. As for the internet, the US Federal Communications Commission defined broadband as 200 kilobits per second (Kbps), and most users connected to it with 56Kbps modems. Things have changed, and HTTP, the web’s fundamental protocol, is finally changing with the times, too. Read more
[ZDNET.COM]

VIVALDI: Can A Brand-New Web Browser Survive In 2015? In the hierarchy of hot new tech startups, there’s not much love for the lowly web browser. A browser won’t get anyone rich overnight, like a hit mobile app can. Read more
[FASTCOMPANY.COM]

PATCH MANAGEMENT: Older Vulnerabilities A Top Enabler Of Breaches, According To Report. Organizations are not properly patching their systems and networks, according to the HP Cyber Risk Report 2015, which took a look back at the threat landscape in 2014 and noted that 44 percent of known breaches were possible due to vulnerabilities identified years ago. Read more
[SCMAGAZINE.COM]

THE OSCARS: Blackhat, The Movie: Good, Bad & Ridiculous. It didn’t take home an Oscar, but in some instances Blackhat was right on point. Still, a white-hat hacker with the skills to take out armed opponents? Find out more
[DARKREADING.COM]