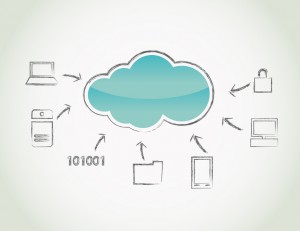 DISASTER RECOVERY: A Matter Of Trust: The Importance Of Backups In Cloud Computing. Strong security is a foundational element of every public, private and hybrid cloud implementation and will be a top concern for all businesses as part of a macro trend taking grip in 2015. Research shows that 90 percent of the world’s data has been generated in the past two years – calling into question not only data storage, but also data safety. Read more
[CLOUDCOMPUTING-NEWS.NET]

GOVERNMENT IT: CIO Outlines Cloud Environment Goals at Department of Defense. The top technology officer at the Department of Defense (DoD) wants to work more closely with cloud service providers, saying yesterday that he expects to enhance collaboration with the private sector as the Pentagon, like the rest of the federal government, looks to trim IT costs and improve efficiencies. Read more [CIO.COM]

CLOUD: 2015: A Big Year for Cloud Computing. Given the rising cloud adoption, the increased interest in data visualization tools and the rise of internal enterprise app stores, 2015 is expected to be a big year for the cloud. Cloud adoption has reached a tipping point with a majority of businesses deploying at least a portion of their processes to the cloud. Read more
[ITBUSINESSEDGE.COM]

VB.NET: Be Warned: Google Enlists Chrome In Push For Encrypted Web. Google just gave Chrome something of an insecurity complex. Google has added a feature to Chrome that can alert users about unencrypted network connections common on many parts of the Web. The feature isn’t on by default. Read more
[CNET.COM]

ALERT: FCC Issues Tough Warning Against WiFi Blocking. The Federal Communications Commission has issued a warning that intentional blockage of personal WiFi hotspots was illegal and would be subject to enforcement. The FCC has noticed a “disturbing trend” among hotels and other commercial establishments of blocking consumers’ personal WiFi hotspots on their premises, its advisory notes. Read more
[ECOMMERCETIMES.COM]

CAREERS: Let’s Improve Cyber Security And Your Job Prospects. It costs governments and companies worldwide over a trillion dollars annually. It can get you arrested. But it can also get you hired. Hacking is a prevalent part of modern technological society, yet at the academic capital of technology, we reduce the topic to just a few academic settings — several courses taught by Professor Dan Boneh, and one by Professor Bahman Bahmani. Read more
[STANFORDDAILY.COM]