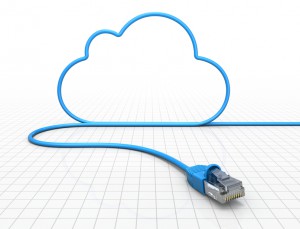 DATA OWNERSHIP: Federal CIOs Want SLA Assurances From Cloud Vendors. By some measurements, the federal government’s adoption of cloud computing has been on a steep rise, but there remain significant obstacles that have stood in the way of modernizing legacy systems and applications. Read more
[TECHPAGEONE.DELL.COM]

HAWAII ACA: Health Exchange Faces Federal Pressure Over Finances. All state-run insurance exchanges that are part of President Barack Obama’s Affordable Care Act are supposed to be financially sustainable this year. But without an infusion of cash, the Hawaii Health Connector won’t have enough money for its operations. Read more
[MIAMIHERALD.COM]

MOBILE TECH: Baltimore Police Used Stingray Phone Trackers Thousands Of Times Under Federal Secrecy. The Baltimore police department has used secretive cellphone tracking technology thousands of times in recent years while following orders from the FBI to withhold information about the practice from prosecutors and judges, a detective testified in court on Wednesday. Read more
[IBTIMES.COM]

PRICING STRATEGY: The Rationale Behind Soaring App Development Prices. During the last quarter of 2014, we were approached by a funded startup based in Boston to identify an app development company to build an app for their European launch. The skill sets were quite niche, and the yearly spend would cross $100K, so we had to approach platform evangelists to identify some development studios that they’d recommend based on first-hand experience. Read more
[TECHCRUNCH.COM]

PROJECT MANAGEMENT: Rapid Mobile App Development Works – But Not Without Management. Although the developers of Angry Birds probably didn’t know at the time how much their app would take off, one thing’s for certain: they didn’t set out to create an app with a terrible user experience. They wanted a mobile app with depth that would cater to as wide an audience as possible, with all the right features and nothing cut-and-paste. Find out more
[APPTECHNEWS.COM]

TRAVEL EXPERIENCE: Has Personal Technology Killed the Mystery of Travel? People traveling these days appear to be too preoccupied and distracted by their technology to be able to experience their travels, which is not the same thing as experiencing their phones while traveling, but rather actually living the unknown that travel offers. Read more
[HUFFINGTONPOST.COM]

APPLE WATCH: Your Questions Answered. Let’s look at the reviews. Our personal technology columnists, Geoffrey Fowler and Joanna Stern, each spent a week with the Apple Watch, testing out battery life, performance and durability. “With the Apple Watch, smartwatches finally make sense.” Find out more
[BLOGS.WSJ.COM]

SAFETY: Let’s Embrace Life-Saving Personal Safety Technology the Way We Embrace Photo-Sharing Apps. No commuter should die on a smoke-filled train because of inadequate communication between victims and first responders.No office worker should be gunned down by an armed intruder because he or she didn’t know how to reach safety in a commercial building. Find out more
[ROLLCALL.COM]
==========