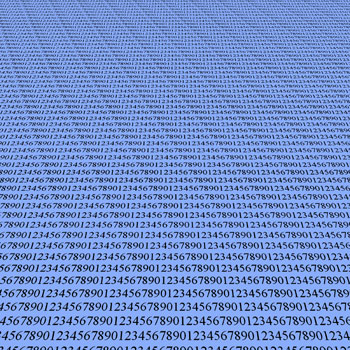 DIGITAL RECORDS: How Safe Are Your Electronic Medical Records? So you had a bout of hypochondria and Googled the heck out of your medical symptoms. That could be bad news for your privacy. There are plenty of perks to going digital when it comes to your health. Read more
[SHAPE.COM]

MINNESOTA LEGISLATURE: Electronic Health Records Could Hurt Small Clinics. The principle has merit, but small practices could suffer from one-size-fits-all mandate. Electronic health records are all the rage, but their unintended consequences have negative effects on the citizens of Minnesota. Dr. Peter Zelles accurately emphasized that intimate psychological and even financial data would be available far and wide for discovery and misuse. Read more
[STARTRIBUNE.COM]

COORDINATION OF CARE: Roe Seeks Electronic Record System For Veterans, Military Members. U.S. Rep. Phil Roe is reintroducing legislation to create an electronic health record system for military members and veterans. The Johnson City Republican says the system would ease the transfer of medical records between the Department of Defense and the Department of Veterans Affairs. Read more
[WBIR.COM]

FEMALE EXECS: From Outsider To The C-Suite: A Story On How To ‘Get To The Yes’. How does a woman who grew up on the move and once lived out of the family car end up graduating from Oxford, receive an award from the White House and become a C-Level executive of a non-profit dedicated to women in technology that was recently awarded $10 million from Apple? Read more
[FORBES.ORG]

SURVEY FINDINGS: Key and Certificates Attacks Taking IT Security to Breaking Point. Research findings highlight that security professionals fear a Cryptoapocalypse-like event the most. Coined by researchers at Black Hat 2013, a Cryptoapocalypse would dwarf Heartbleed in scope, complexity, and time to remediate. Find out more
[THECSUITE.CO.UK]

ONLINE SERVICES: Where’s The Dividing Line Between CIO and CSO? CIOs have plenty of responsibility already. In recent data breaches it’s often been the CIO who has been called to task for allowing systems to be exploited because of lack of proper security precautions. But is it the CIO’s responsibility to maintain security levels and protect corporate data? Find out more
[ENTERPRISEPROJECT.COM]

FACEBOOK AND VR: How Virtual Reality Will Impact The Enterprise. Facebook announced it is getting close to releasing its Oculus Rift technology. While there seems to be some controversy as to just when this technology will be available, Facebook isn’t the only company bringing this to market and it could change how we do a number of things rather rapidly if, and that is a big if, they can work out all of the problems. Find out more
[CIO.COM]