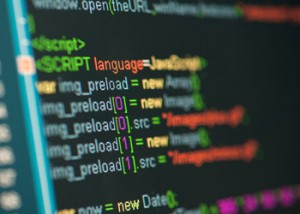 NO CROSS-SITE SCRIPTING: 11 dev rules former Twitter security engineer Neil Matatall swears by. Neil Matatall hates cross-site scripting. The practice where, roughly speaking, HTML gets automatically generated or gets borrowed from another site. They flat out don’t do it at Twitter, where he was a security engineer for almost three years. Read more
[TECHNICAL.LY]

MALWARE: Grows as C&C Servers Drop; IoT Looms. The United States hosts more than 43% of all malicious links and more C&C servers than any other country in the world. However, when analyzing infection rates/ratios based on the number of IP addresses in a country, the United States ranks only as the 28th most-affected location when it comes to malware. Read more
[INFOSECURITY-MAGAZINE.COM]

FIREWALLS: Best Practices for Selecting a Next-Generation Firewall (NGFW). IT leaders considering next-generation firewalls have a variety of features to choose from. Here is some practical advice to help enterprises select the right NGFW for their environment. Read more
[STATETECHMAGAZINE.COM]

AMAZON WEB SERVICES: Why Amazon’s new Lambda cloud service is a huge deal for devs – and the cloud market. Instead of configuring and maintaining virtual-server infrastructure, developers give Amazon instructions or rules to carry out when certain things happen. Read more
[VENTUREBEAT.COM]