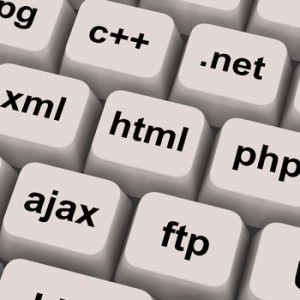 CALIFORNIA: Program transforms California inmates into software coders. The nonprofit that developed the six-month program says it could be a model for other states and a solution to address California’s growing prison population. Dubbed Code.7370, the program may be one solution to address California’s growing prison population and its high rate of recidivism. Inmates in the San Quentin State Prison are taught the skills they need to work as entry-level web developers. Read more
[STATETECHMAGAZINE.COM]

NGA: The National Geospatial Intelligence Agency is taking advantage of open source and crowdsourcing through the GitHub platform to help it develop apps across 16 different topics ranging from an anti-piracy to a request for information generator for geospatial analysts. GitHub is an open source platform that provides registered users the opportunity to suggest changes to software in a collaborative process. Read more
[FEDERALNEWSRADIO.COM]

OPM: According to the Office of Personnel Management, nearly two-thirds of government’s career senior executives will be eligible to retire by 2016, and similar trends can be seen throughout the federal workforce. In the face of these challenges, a new approach to hiring and onboarding is necessary to help reduce turnover and fill open positions quickly and efficiently. By applying talent science principles and technology to human capital management processes, agencies can create a completely new model to choose the right employee for the right job. Read more
[FCW.COM]

SWIFT: Why Apple’s Swift programming language is a diamond in the rough. Swift development language, which operates on both iOS and Mac OS X and is a compiled language as same as Objective C (Apple’s original object oriented programming language), comes with great new enhancements such as the advent of the playground, which allows developers to check out code snippets in real time. Read more
[THESTREET.COM]

JAVA 8: 10 Things You Need to Know About Java 8 Adoption. According to a new study, nearly two-thirds of Java developers have already migrated to Java 8, or are committed to doing so within the next year. The survey, conducted in September 2014 by Typesafe, which helps developers build applications on Java Virtual Machine (JVM), indicates that developers are upgrading ahead of the predictions made in Typesafe’s March survey. While Java 8 adopters are aggressively embracing the new release, holdouts cite legacy architectures, not Java 8 features, as the biggest obstacle to upgrading. Find out more
[CIOINSIGHT.COM]