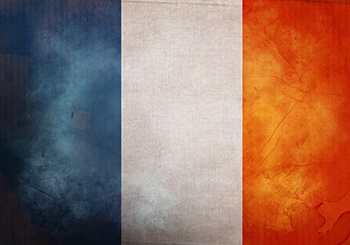 MOBILE APPS: Post-Paris Attacks, IBM Launches First Responder App Contest. In the wake of the ISIS terror attacks in Paris, many technology companies are looking ahead and preparing for the worst. Disaster recovery is a new focus for some, while others have had their eye on the target for much longer. IBM, for example, announced a contest this week that gives developers access to its cloud Relevant Products/Services to encourage disaster response-related app development. Read more
[CIOTODAY.COM]

AGILE DEVELOPMENT AT USCIS: How USCIS Went Agile and Open to Move Application Process Online. Fixing a ‘broken’ immigration system has not been easy. Each year, the U.S. Citizenship and Immigration Service processes 6 million applications, and the paper-based system sometimes requires documents to change hands and locations among various federal actors at least six times, according to a recent White House report. The first thing CIO Mark Schwartz and Kathleen Stanley, the chief of the Office of Transformation Coordination at USCIS, did was move to agile development, with agency staff taking on the role of systems integrator. “We moved from one contractor to many contractors; it was a huge change in the acquisition strategy for us,” Stanley said in an interview. “By using an agile approach we put the contractors in a position where they have to keep delivering finished work to us every week,” Schwartz said, rather than relying on a lengthy development cycle. “We have our people working with them side by side and that keeps the pressure on them to perform.” Read more
[GCN.COM]

BUSINESS INTELLIGENCE: Microsoft’s Graph Wants to Turn User Data into Business Intelligence It Can Sell. In Microsoft’s future, if you’re chatting about pizza on Skype, Domino’s could pitch you a deal. How does data become information? Through context. And that’s what Microsoft’s new Microsoft Graph aims to do: Collect data points about you, then turn around and sell it to apps and services–with your permission, of course. Read more
[PCWORLD.COM]

DHS: Bulking Up Civilian Agency Cybersecurity. The Department of Homeland Security is embarking on an “aggressive” timetable to secure civilian networks in response to the cyber attack on the Office of Personnel Management. “As the OPM breach painfully demonstrated, our cybersecurity efforts are not where they need to be,” Homeland Security Secretary Jeh Johnson said Nov. 18. Read more
[FEDERALNEWSRADIO.COM]

PATCHES: Adobe Releases Out-of-Band Security Patches – Amazingly Not for Flash…ColdFusion, LiveCycle and Premiere Get Fixed. Adobe released important patches for some of its other products – people still using Flash can stand down, however. Read more
[THEREGISTER.CO.UK]