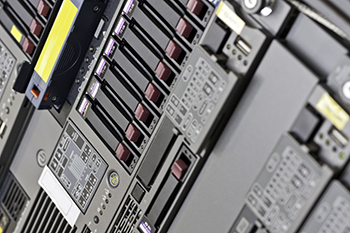 CISO IN THE WILD: Stepping out of the C-Suite to Take on Server Compliance. The CISOs of the world, particularly those in large organizations, often sit high above the daily operational fray of systems management. They stay out of the wild, so to speak, of technical administration and compliance activities. Their days are frequently consumed with reacting to various issues and the management of policies, projects and personnel. Read more
[SECURITYINTELLIGENCE.COM]

STATE CIO ADVICE: Building Successful Relationships With IT Partners. Given today’s fiscal environment, states are turning to their IT partners to provide cost-effective delivery of citizen services. This brief focuses on the best strategies for IT partners to engage with state CIOs while building successful business relationships. Read more
[NASCIO.org]

CLOUD-ENABLED SAAS: SEC CIO Leads Efforts To Move Agency To The CloudPamela Dyson is shepherding a determined, if incremental, effort to move her agency’s applications to the cloud. Dyson was named the CIO at the Securities and Exchange Commission in February, after having joined the agency in 2010, when she joined an ambitious initiative to modernize and improve efficiencies in the SEC’s IT infrastructure. Read more [CIO.COM]

SECURITY AWARENESS: 5 Reasons Why Newer Hires Are The Company’s Biggest Data Security RiskA study on U.S. mobile security by Absolute Software shows that Millennials – many of whom are now joining the workforce — hold the greatest risk to data security over other age groups. Shorter-tenure and younger respondents tend to have lower expectations of their own responsibility for corporate security, according to the study of 762 U.S. workers who use employer-issued mobile devices, including laptops, smartphones and tablets. Read more
[CSOONLINE.COM]

SECURING GOVERNMENT: Lessons From The Cyber Frontlines [DOWNLOAD]. Nearly every state experienced a government network breach during 2014, while simultaneously managing disruptions in commerce caused by hacks of companies such as Home Depot, Staples, and Target. Even localities were not exempt — Rapid City, N.D., and Napa, Calif., are just two cities whose websites were hacked. Read more
[GOVLOOP.COM]

MEANINGFUL USE: Critics Warn Of $11 Billion Pentagon Health Records Fiasco. As the Pentagon prepares the biggest federal IT contract announcement since Healthcare.gov, critics are warning of an even bigger fiasco, a record system that’s obsolete before it’s even finished. Read more
[POLITICO.COM]