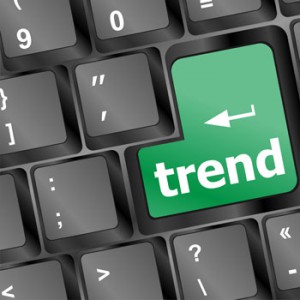 TRENDS: A look at the key trends in application development. Agile development is now a reality, and the old ‘waterfall’ development days when very big projects included long delivery times are gone. Now businesses are looking for rapid response to change and incremental releases as well as a time-boxed development approach. Read more
[TECHRADAR.COM]

BATTLE FOR THE DEVELOPERS: 10 battles raging for the hearts and minds of developers. PHP vs. Node, SQL vs. NoSQL, compiled vs. scripting — the passionate debates and technical rifts that define programming today. Read more
[INFOWORLD.COM]

DEVOPS & AGILE: Has moved out of the cloud. Two application development and deployment trends are cloud game-changers: agile methodologies and devops. The vast majority of agile adopters report an improved ability to manage changing priorities; unsurprisingly, they are also ramping up the number of agile implementations in their organizations. Read more
[INFOWORLD.COM]

JAVA 8: Developers Are Adopting Java 8 In Droves. With the release of Java 8 back in March 2014, the developer community was primarily excited about two things. One was support for lambda expressions, also known as anonymous functions, which are blocks of code you can pass around in a program for later execution—or, if you prefer more formal terms, “a way to represent one method interface using an expression.” Second was Java 8’s embrace of the multicore world. Read more
[READWRITE.COM]

3-D WOOF: Feds Use New 3-D Printer to Create Bomb-Sniffing Artificial Dog Noses. Bomb-sniffing dogs (and their noses) have for some time been part of federal efforts to detect drugs and explosives at airports and other checkpoints. Now, a new $228,977 3-D printer will churn out some of the best artificial dog noses anywhere. Read more
[NEXTGOV.COM]

DEPARTMENT OF LABOR: Coal dust sampling results show mines are complying with new dust rule. Despite concerns voiced by the mining industry that it would have trouble meeting the requirements of the rule to reduce respirable coal mine dust, approximately 99 percent of the 7,456 valid respirable dust samples collected during the first two months under the new rule met compliance levels, according to the U.S. Department of Labor’s Mine Safety and Health Administration. Read more
[DOL.GOV]

FCC: Are higher frequencies mobile’s next frontier? The FCC wants to know. The agency is seeking comments on using spectrum above 24GHz for extra mobile capacity. Read more
[COMPUTERWORLD.COM]

ATMs: Spike in Malware Attacks on Aging ATMs. A recent spike in malicious software capable of infecting and jackpotting ATMs is shifting the focus away from innovative, high-tech skimming devices toward the rapidly aging ATM infrastructure in the United States and abroad. Read more
[KREBSONSECURITY.COM]

CLOUD SECURITY: Think you’re blocking staff access to certain sites? Think again. Stopping staff using certain web services may be in decline outside regulatory environments, but even where it is being attempted it may be falling well short of its aims. Read now
[ZDNET.COM]

NEED DOCUMENT CONVERSION? Blue Mountain Data Systems specializes in the preparation, scanning, indexing, categorizing and quality control of millions of pages of paper documents to electronic format. Call us at 703-502-3416 to find out more.