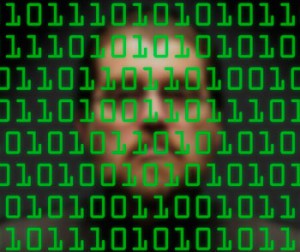 ANDROID LOLLIPOP: Google on Android Lollipop security: Set it and forget it. Google’s lead security engineer on Android thinks you shouldn’t have to be a tech whiz to keep your phone secure. Read now
[CNET.COM]

NEW JERSEY: Bill to ban armed drones from N.J. skies advances in Legislature. The bill, introduced in January, primarily limits the use of the unmanned aerial vehicles by law enforcement and fire departments to certain situations where search warrants have been obtained, or where there is a clear emergency, such as an Amber Alert or an active fire, according to the legislation. Read now
[NJ.COM]

CHICAGO: Data-Driven Strategy and Innovation for a Healthier Chicago. Chicago’s Foodborne app is able to identify keywords in public tweets that may indicate a case of food poisoning. From there, the Chicago Department of Public Health (CDPH) is able to respond accordingly via Twitter, and encourage affected individuals to submit a food poisoning report. Since its launch in 2013, CDPH has collected an additional 443 food poisoning reports and conducted over 200 additional restaurant inspections. Read now
[DATASMART.ASH.HARVARD.EDU]

DRONE BAN: FAA’s current stance is unworkable. The National Association of Realtors is hoping for regulations that would allow members to use this technology safely but that are not overly cumbersome or expensive. Read now
[FORBES.COM]

OPEN DATA: Optimizing The Citizen Experience to Unlock the Value of Your Open Data Initiatives. The open data movement is rapidly evolving. As more government organizations recognize the benefits that come from simplifying access to the massive amounts of public data they already have, civic leaders are keen to assess the value of open data projects. Read more
[GOVERNING.COM]

DATA SHARING: Feds to fund cross-agency privacy research. Privacy research is the next frontier to be tackled by the Networking and Information Technology Research and Development program. NITRD, the IT research and development program that encourages collaboration across federal departments, will formulate a National Privacy Research Strategy says a notice from the National Science Foundation. Read more
[FIERCEGOVERNMENTIT.COM]