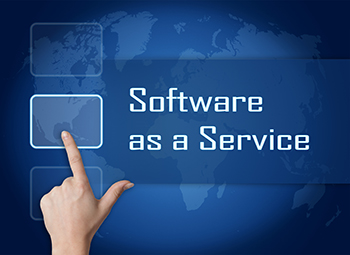 SOFTWARE AS A SERVICE

EVENT MONITORING: Salesforce Raises Governance Shield. In a development that has broad implications for how compliance with be managed in the era of the cloud, Salesforce recently unfurled Salesforce Shield, a set of data governance services optimized for Salesforce applications. Read more
[TALKINGCLOUD.COM]

NETWORK SECURITY: Man in the Cloud Attack Leverages SaaS Vulnerability. Software-as-a-service applications that enable cloud data synchronization, including programs like Google Drive and Dropbox, are among the most popular uses of the cloud for enterprises. Unfortunately, according to Amichai Schulman, CTO of Imperva, a new potential type of attack he has dubbed “man in the cloud” could enable attackers to use cloud synchronization to exploit organizations. Read more
[ESECURITYPLANET.COM]

RADICAL CHANGE: Next Wave Of Enterprise Software Powered By Machine Learning. Enterprise software is about to undergo radical transformation — a substantial change that will make the shift to software as a service (SaaS) look like a simple facelift. This transformation is being powered by machine learning. Read more
[TECHCRUNCH.COM]

INDUSTRY PERSPECTIVES: SaaS Steps Over the Line — and Closer to Customers. Software-as-a-Service is transforming the relationship between software providers and their customers. Vendors and customers are increasingly designing and building software products and services more collaboratively–even mission-critical business applications like ERP. Read more
[DATACENTERKNOWLEGE.COM]

WEB 2.0 (AND BEYOND): Developing the Next Generation of Connectivity. It was sometime in 1998 that most people suddenly became familiar with the Internet. In 1997, people called it “that Web thing,” and they would confuse email addresses and URLs — generally no one paid the whole affair too much mind. The transition that people talk about today — between spending hours trying to remember some fact to just looking it up online — happened in less than a year. Read more
[GOVTECH.COM]

VALUE OF DATA: Crunching Big Data and Analytics from Web 2.0. The use of data and its analyses are becoming ubiquitous practices. As a result, there has been a dramatic surge in the use of business intelligence and analytics. These developments have inevitably led to endless opportunities for marketers to leverage themselves and gain a competitive advantage by untangling big data. Read more
[BUSINESS2COMMUNITY.COM]

311 SERVICES: Why Can’t Our Cities Be More Like Video Games? Cities are real-world grids: you can see that instantly on a Google map. But it’s not so easy to see the city as a civic entity. The stuff that counts — the interaction between people and city services — is hidden in plain view, invisible to almost everyone. That may be about to change. The opportunity: make it possible for cities to show their work and engage with citizens in a meaningful way, using the existing idea of 311. Read more
[MEDIUM.COM]

TELECOMMUNICATIONS ACT: The FCC Wants To Know How Mobile Data, Broadband Caps, And High Prices Shape Broadband Access. In the two decades since 1996, there has been an extraordinary amount of change in the tech and telecom space. The first web gave way to Web 2.0 and now, depending who you ask, to web 3.0 or a post-web era entirely. Broadband access that in the late 1990s meant “a modem that can do 33.6K or better and maybe AOL and EarthLink numbers to dial in town” is now something else altogether. Read more
[CONSUMERIST.COM]