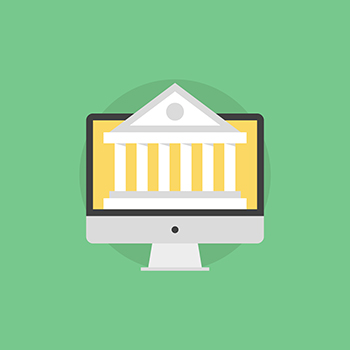 SOCIAL MEDIA: Top Takeaways From Some Of The Best Fed Facebook Pages. Federal agency and department presence on social media varies widely–some have multiple accounts on various platforms while others have just a page or two that is updated infrequently. GovLoop’s Heather Kerrigan wanted to find out what makes some sites more useful than others, so she set out to look at as many federal social media pages as she could to make a determination about which are doing well and which could use a little help. Read more
[GOVLOOP.COM]

SURVEY RESULTS: Customer Experience Is Winning (And Losing) In Government. In the past year, the Obama administration has increasingly pushed for better customer experience between federal agencies and their stakeholders, without a single plan to accomplish this massive goal. And make no mistake, improving federal customer experience is an utterly massive undertaking. Read more
[NEXTGOV.COM]

LESSONS LEARNED: US Digital Service Founder Warns Against Big IT After Bracken’s Exit. Within a year of setting up the Government Digital Service in the UK, Mike Bracken’s vision was already getting people talking in the United States. This is largely the result of a visit from Jennifer Pahlka, whom we now know as the founder and director of Code for America — an organisation that uses open source technologies to help bridge the gap between the private and public sector — but who is also one of the founders of the US government’s Digital Service. Read more
[DIGINOMICA.COM]

HEALTH IT: DHA Explores Internet Of Things Tech For Military Healthcare Delivery. The Defense Health Agency is exploring potential applications of the Internet of Things and other smart technologies on military healthcare as part of several projects that seek to bolster soldier readiness and survivability. Technologies such as mobile computing and self-powered biosensors can help improve the quality and speed of delivery of health services. Read more
[EXECUTIVEGOV.COM]

IoT CORE: Microsoft Drops A Slimmed Down Windows 10 For The Internet Of Things. Well, hell has frozen over for the Wintel franchise because with Windows 10 IoT Core, Microsoft has publicly released a version of the iconic Windows software that runs on an ARM processor that isn’t designed for a smartphone. Nope, this software, first announced in February and publicly released on Monday, is designed to run on Raspberry Pi 2 boards and Arduinos, the low-power computers that hobbyists use to build and prototype connected devices. Read more
[FORTUNE.COM]

MACHINE DATA: Marketers Put Internet Of Things Data To Use–And It Works. Marketers are leveraging the internet of things (IoT) to track and reach the cross-everywhere consumer. In a July 2015 study by 2nd Watch, nearly six in 10 US IT and business executives said they leveraged machine data/the IoT for digital marketing. However, for most, it was still early days for doing so, as two-thirds of users said they were in the beginning stages. Read more
[EMARKETER.COM]