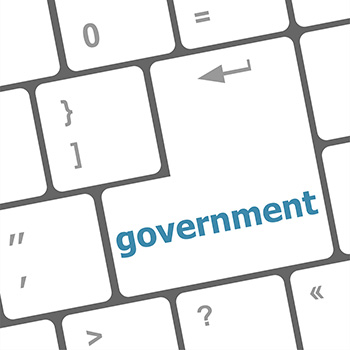 TRANSFORMATION PROGRAM: This DHS Computer System Will Cost $2 Billion More Than Healthcare.Gov. Federal auditors are blasting a decade-in-the-making government computer system that was supposed to simplify the immigration application process and improve national security.
The so-called “Transformation Program” the Department of Homeland Security conceived in 2005 should have transformed paper-based transactions into online forms years ago. Read more
[NEXTGOV.COM]

GOVERNMENT IT INVESTMENT: The Circle Of Life For DOD IT. When it comes to providing full lifecycle support for Defense Department software systems, we’ve found that the key to maximizing the government’s IT investment is a holistic approach that emphasizes clarity and customer engagement. Read more
[GCN.COM]

DIGITAL DEMOCRACY PROJECT: Governments Could Pay High Price For Lagging On Tech. To hear the 2015 California Technology Forum’s keynote speaker tell it, government is straddling the divide between potential successes and missed opportunities when it comes to technology.
Sam Blakeslee, who heads up the Institute for Advanced Technology and Public Policy at California Polytechnic State University, addressed government and technology industry officials at a recent forum and spoke to the challenges and opportunities presented through advancing technology. Read more
[GOVTECH.COM]

COMMENTARY: 3 Keys To Building A Federal DevOps Culture. DevOps is certainly not new, but it is becoming more important every day. This is especially true in federal IT. The private sector has embraced DevOps, and it has changed the way businesses operate. Read more
[FCW.COM]

PATENT INFRINGEMENT: Samsung Prepares To Battle Apple In The Supreme Court. Samsung has taken the battle again and have decided to take on Apple for a fine charged for alleged infringement of two-dozen Apple patents. But the Korean giant just came to know that the US Federal Circuit Court of Appeals has rejected their appeal. Based on the data provided by CNET, Samsung now has two sets of options — throw up a weighty sum of cash to Apple, or take the case all the way to the US Supreme Court. Read more
[BENCHMARKREPORTER.COM]

ELECTRIC CAR GARAGES: Tesla Is Installing Rapid Charging Stations In Manhattan. Owning any car in Manhattan is a huge challenge, but electric cars impose their own set of unique difficulties. Tesla recently announced a new plan to ease some of the stress with the installation of fast-charging stations for electric vehicles in 30 Manhattan parking garages. Read more
[MASHABLE.COM]

TALKING TECH ROUNDTABLE: New Verizon Plans — Good For Consumers? The move by Verizon was so swift, it caught many people by surprise. That two-year contract you’ve come to know and despise for years with Verizon, is suddenly gone. Now, if you want a new phone, you’ll have to buy it outright, and choose from a new way of ordering wireless service. Will you have to pay way more? Read more
[USATODAY.COM]