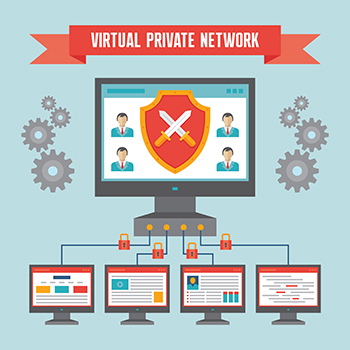 A REAL DILEMMA: When Phone Encryption Blocks Justice. With a killer on the loose and few leads at their disposal, investigators in Cook County, which includes Evanston, were encouraged when they found two smartphones alongside the body of the deceased: an iPhone 6 running on Apple’s iOS 8 operating system, and a Samsung Galaxy S6 Edge running on Google’s Android operating system. Both devices were passcode protected. Read more
[NYTIMES.COM]

VULNERABLE TO ATTACK: Study Shows That Many Virtual Private Networks Leak User Information. A study conducted by researchers at Queen Mary University of London has shown that many VPN networks leak information about their users. This information could be as broad in scope as the websites users were visiting, and as detailed as the actual content of messages they were sending to other parties. Read more
[CONSUMERAFFAIRS.COM]

SECURE VPN: NSA-Grade Encryption For Mobile Over Untrusted Networks. The only term being thrown around government more than “2016 elections” these days is “cybersecurity,” particularly following a rash of damaging and high-profile data breaches. With that focus on protecting information top of mind in agencies, USMobile officials hope to find a ready market for their commercial app, which lets government workers use their personal smartphones for top-secret communications. Read more
[GCN.COM]

LASTPASS: Password Manager Breached — Is There a Safe Alternative? In these days of endless breaches, requiring the use of complex passwords is imperative. Yet for many users, managing different passwords and remembering them is a hassle. In order to minimize the number of passwords to remember, some will reuse the same password. Read more
[SECURITYINTELLIGENCE.COM]

ILLINOIS: Chicago’s Data-Powered Recipe for Food Safety (Pilot Program). A breakthrough of enormous importance has now emerged from Chicago, a city that continues to set the standard for others by using data to improve government. The city is leading the way in harnessing advanced data analytics to improve public health, with high-level leadership from the mayor and day-to-day leadership from the talented pair of Chief Information Officer Brenna Berman and Chief Data Officer Tom Schenk. Read more
[GOVERNING.COM]

WASHINGTON, DC: COBOL And Outdated Technology Cited As Factors In OPM Hack. The recent news that the personal data of more than 4 million current and former federal employees may have been exposed as the result of a data breach at the Office of Personnel Management (OPM) has left the federal IT community searching for answers. Congress had leaders from the OPM and other agencies on Capitol Hill on June 16 to answer detailed questions about the hack, including how it happened and, more specifically, why encryption technologies weren’t in place to prevent the hacks. Read more
[FEDTECHMAGAZINE.COM]

MAINE: Twenty-four is the number keeps Maine CIO Jim Smith up at night because it’s the percentage of the state’s 480 IT workers who are eligible to retire in the next two years. “When you get to those numbers, your response has to be transformational, not incremental,” Smith says. The wave of baby boomers nearing retirement age includes Smith and half of his senior management team. “If you have 24 percent of your workforce leaving and it’s taking you four to six months to fill jobs, that’s a real problem.” Read more
[STATETECHMAGAZINE.COM]