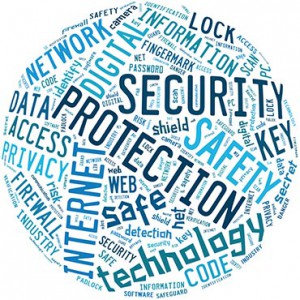 OPM: The Office of Personnel Management wants Feds from across government to help figure out how to use social media to recognize current employees and to recruit new ones. Learn more.
[@nextgov]

VERMONT: State awarded $1M for transportation technology. Vermont was one of six recipients of $4.034 million in grants announced by U.S. Transportation Secretary Anthony Foxx. The grants are part of a program encouraging states to undertake innovative projects that could be replicated by other states. Read more here
[BURLINGTONFREEPRESS]

MASSACHUSETTS: State Police plans to introduce a new system that will replace handwritten tickets with electronic ones. The Motor Vehicle Automated Crash and Citation System, aims to improve the way citation data is collected and transmitted, said Curt Wood, undersecretary for forensic science and technology in the Executive Office of Public Safety and Security. Read more here
[BOSTONGLOBE]

SHADOW IT: Cloud, budget reductions helping CIOs pull IT out of the shadows. Shrinking agency budgets and the wide-spread use of cloud computing are starting to address a long-standing problem for agencies commonly known as shadow IT. Read more
[FEDERALNEWSRADIO]

EDUCATION: Most U.S. universities are at greater risk for security breaches than retail or healthcare. Report says the majority of attacks experienced by higher education institutions come from malware infections, and most universities are ill equipped to prevent and handle such attacks. Read more
[ZDNET]

SMART DATA: Should the entire Internet be encrypted? Google has confirmed that it is planning to give sites secured through HTTPS a higher search ranking than their unsecured counterparts. Read the rest
[@smartdataco]

GREAT ADVICE: “Treat every day like it’s your first day with your client. If you don’t, it very well might be your last.” – Paul Vesely, Founder, President and Principal Systems Architect, Blue Mountain Data Systems Inc. Read more about Paul Vesely
[BLUEMT.COM]

FINANCIAL AID FOR COLLEGE STUDENTS: “Gifts to students that are directed instead to parents will only affect financial aid by some 15%.” – Paul Vesely, Blue Mountain Data Systems Read more
[BLUEMT.COM]