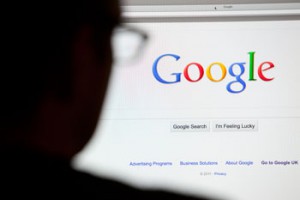 Surfing the net without proper security measures is a risky undertaking. Assuming that all is safe when that’s not the case is even riskier. Most of us trust that encryption, the scrambling of data during Internet transmissions, is taking place behind the scenes. In reality, however, some of the major sites we visit are unprotected.

Only 45% of the millions of sites on the Web are protected using encryption, sources say, and Google is not happy. The search engine giant, through its new venture, is fighting to make encrypted sites the rule and not the exception.

In an effort to move towards an encrypted Web, Google has added a feature to Chrome Canary, an early test version of the browser that can be configured to show the warning about unencrypted HTTP connections. Unsecured websites include Wikipedia, Instagram, Craigslist, CNN, and Amazon product pages.

Google has been pushing for an encrypted Web for years, but former National Security Agency contractor Edward Snowden’s revelations about NSA surveillance has lent new urgency to the cause.

The first step in bringing the encryption plan to fruition came this week with a small first step that will directly affect almost nobody. The bleeding-edge Canary version of Chrome — not stable or tested enough for ordinary users — now offers a manual setting that enables the warning about unencrypted pages. A person visiting an unencrypted page will see in Chrome’s address bar a padlock with a red X over it. As the year progresses, expect the change to spread to mainstream Chrome.

To enable the feature, a person has to install Chrome Canary and activate the “mark non-secure origins as non-secure” option in Chrome’s chrome://flags interface.

For more information on the transition to an encrypted Web, read the full CNET article. Those interested in testing Canary Chrome may download it here.

Canary Chrome Shines the Spotlight on the Un-Encrypted
Tagged on: Blue Mountain Data Systems    how to install Google Chrome Canary    Paul Vesely    what are the new security features Google has added to Chrome    what is Chrome Canary    what is Google's transition to an encrypted Web    why Google doesn't like unencrypted HTTP connections