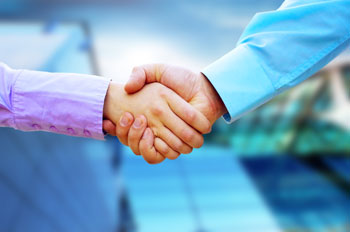 CIO: FDIC Was Hacked by China, and CIO Covered It Up. Problems uncovered after employees walk off job with thousands of SSNs on flash drives. A report published by the House Committee on Science, Space and Technology today found that hackers purported to be from China had compromised computers at the Federal Deposit Insurance Corporation repeatedly between 2010 and 2013. Backdoor malware was installed on 12 workstations and 10 servers by attackers—including the workstations of the chairman, chief of staff, and general counsel of the FDIC. But the incidents were never reported to the US Computer Emergency Response Team (US-CERT) or other authorities and were only brought to light after an Inspector General investigation into another serious data breach at the FDIC in October of 2015. Read more
[ARSTECHNICA.COM]

CTO: Census Seeks CTO. The Census Bureau is looking for a new chief technology officer. In the midst of the bureau’s 2020 technology push — an ambitious overhaul that watchdogs are monitoring closely — the agency posted its official CTO job listing on July 11. The posting comes three weeks after Avi Bender, who had served as Census CTO since 2010, moved to the National Technical Information Service. The next CTO will serve under another newly arrived leader — CIO Kevin Smith, who joined the bureau in June. Read the rest
[FCW.COM]

CISO: What Is IDaaS? A CISO Clears Up Confusion Around the Definition of Cloud IAM. Identity and access management-as-a-service, also known as IDaaS or cloud identity and access management (IAM), has become a hot topic among CISOs over the past few years. Alas, confusion about the cloud-based service still exists; even the most basic question is left unanswered or answered incorrectly. With so much uncertainty and inaccuracy existing around the definition of IDaaS, it seemed fitting to tap into the expertise of a security thought leader and early adopter of IAM-as-a-service. Joseph Burkard, a CISO for a global health care organization, delivers a complete definition of IDaaS and discusses how his choice of a cloud IAM vendor reflects this definition. Read more
[SECURITYINTELLIGENCE.COM]

THREE THINGS: Every CISO Should Know. To reduce their organisation’s attack surface – and improve their team’s ability to detect, react, respond and recover – CISOs should keep three things in mind. Read the rest
[INFORMATION-AGE.COM]