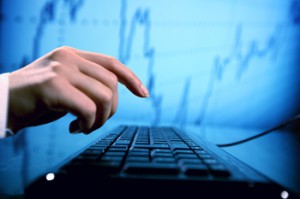 Technology is advancing at lightning speed. As a result, jobs for skilled IT professionals are plentiful, and programmers are in high demand. According to Mashable, the top ten programming languages to learn in 2014 include languages such as Java, C++, Python, and Ruby. Missing from the list, however, is COBOL.

Developed in 1959, COBOL was designed by the Conference on Data Systems Languages (CODASYL) and was largely based on previous programming language design work by Grace Hopper. It was one of the first standardized programming languages. Rumored that an estimated 2 million people are working in COBOL, many payroll, accounting, and other business application programs written in COBOL over the past 35 years are still in use.

Nevertheless, COBOL developers are in short supply. A recent CIO article reports that the average age of a COBOL programmer is approaching 55-years-old, and the challenge is to find the next-generation talent to continue working on these technologies. Unless a new generation of programmers emerges soon, CIOs will be shorthanded.

“The demand for talent skilled in and experienced with COBOL has remained steady, even as the pool of talent with those skills shrinks,” says Ed Airey, Product Marketing Director at Micro Focus, a software and consultancy services firm that helps clients modernize legacy systems.

Some organizations with deep investment in COBOL-based systems are handling the shortage by creating internships within their company, or by sponsoring education and learning opportunities to train existing staff.

“Switching to newer, more costly systems isn’t an option, Airey says. The key is using legacy tech like COBOL effectively and in such a way that it furthers innovation, not stifle it.”

Because COBOL was so difficult to learn and many companies have their own proprietary toolsets, Micro Focus has modernized the language and has integrated COBOL into the top two software development environments, Visual Studio and Eclipse, to make the language easier to learn and remove the ‘proprietary’ nature of individual companies’ implementations. This new version is called Visual COBOL. Micro Focus offers Visual COBOL Personal Edition for free to anyone who wants to work with the language, Airey says. It can be downloaded here.

For more information on this topic, read the full article in CIO’s blog.