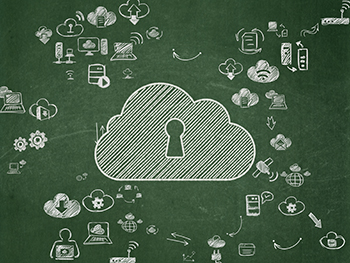 IaaS: Infrastructure as a Service Cloud Computing Revenue to Surge by 2020. Infrastructure as a service (IaaS) cloud revenue is expected to triple to $43.6 billion by 2020, up from $12.6 billion in 2015, according to research firm IDC. The projection, which equates to a compound annual growth rate of 28.2 percent over five years, is based on the number of enterprises ditching on-premises hardware for the public cloud. Read the rest
[ZDNET.COM]

MICROSOFT: Azure Cloud Wins a High-Profile New Customer – GE. General Electric is making its Predix industrial software platform available on Microsoft’s cloud. The move isn’t entirely new for GE — its Predix platform was already available on Amazon and Oracle’s clouds. But it’s an important step for Microsoft, which wants to establish itself as the favored partner for big business. Find out more
[CNBC.COM]

SERVERLESS COMPUTING: What Serverless Computing Really Means. For developers, worrying about infrastructure is a chore they can do without. Serverless computing merely adds another layer of abstraction atop cloud infrastructure, so developers no longer need to worry about servers, including virtual ones in the cloud. Read more
[INFOWORLD.COM]

IBM: Tests Secure Cloud Blockchain Service. IBM is beta-testing a new high-security service plan for IBM Blockchain, with dedicated infrastructure for each customer. Until now, it has offered only a starter cloud service for developers who want to experiment with blockchain technology. That service runs in a multitenant cloud, with infrastructure shared among hundreds of blockchains. The new service plan is still cloud-based, but “you get your own resources dedicated to you,” said IBM Vice President for Blockchain Technologies Jerry Cuomo. Read more
[COMPUTERWORLD.COM]