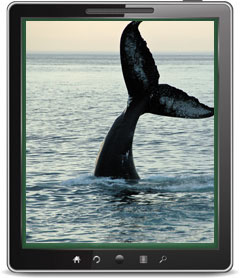 U.S. West Coast mariners can now use an iPad™ or iPhone™ app to help save whales from ship strikes.

Whale Alert, a free mobile application available for download from the Apple App Store, was originally developed in 2012 to help protect endangered right whales on the East Coast. The app was enhanced with new features to provide Pacific mariners with the up-to-date info about whale movements and conservation developments.

According to the Commerce.gov blog,

“The app uses GPS, Automatic Identification System, Internet and NOAA nautical charts to provide mariners with a single source of information about whale locations and conservation measures that are active in their immediate vicinity.

Read the rest on the Commerce Blog