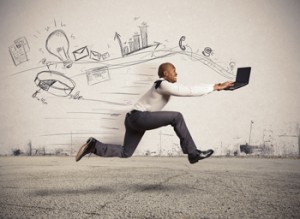 Faster web page browsing is on the horizon, and this is big news for us all. With the biggest update to Hypertext Transfer Protocol (HTTP) since 1999, the Internet Engineering Task Force HTTP Working Group’s work on version 2.0 is finally complete.

Best recognized as the http:// we see at the beginning of any website, HTTP is the set of rules for transferring files (e.g., text, graphic images, sound, video, and other multimedia files) on the World Wide Web. Experts believe version 2.0 will make a remarkable difference in the way we use the web on desktops and mobile devices alike.

In his recent article in The Guardian, Samuel Gibbs provides comprehensive detail on what HTTP is, what the difference between versions, and when we see its inception, as follows:

HTTP/2 is the next version of HTTP and is based on Google’s SPDY, which was designed to speed up the loading of web pages and the browsing experience. It is a new standard and will take over from the current protocol HTTP1.1 used by most sites on the Internet today.

HTTP/2 is a more modern protocol that essentially speeds web browsing up using new ways of transporting data between the browser and server across the Internet.

It is backwards compatible with HTTP1.1 and uses most of the same technologies, but it is more efficient and allows servers to respond with more content than was originally requested.

Will I actually see a difference?

Yes. Web pages will load much quicker compared to those using HTTP1.1. High-speed broadband Internet connections already mean web pages load much faster, but the new protocol will allow webpages and browsers to take advantage of the increased bandwidth.

When will I see it?

The HTTP/2 standard has now formally been approved by the Internet Engineering Task Force and will be published soon. At that point it is up to websites, hosting services and companies such as Google to implement the standard.

Google has already said that it’s current SPDY protocol will be withdrawn in favor of HTTP/2 in Chrome by early 2016. It is likely that we’ll see high profile websites and services, including those who have implemented SPDY – including Google, Twitter, Facebook, WordPress and Yahoo – in the near future.

For more information on HTTP/2, read the full article.

======
APPLICATION DEVELOPMENT: Blue Mountain Data Systems is dedicated to Application Development and Systems Integration for Federal Civilian Agencies, Document Management Systems that help in the preparation, scanning, indexing, categorizing and quality control of millions of pages of paper documents to electronic format and the Automation of Workflow Processes. Call us at 703-502-3416.
======

Completion of HTTP 2.0 Means Big Changes for the Web
Tagged on: Blue Mountain Data Systems    HTTP/2 in Chrome by early 2016    is HTTP/2 backwards compatible with HTTP1.1    Paul Vesely    what is Google SPDY    what is the HTTP/2 protocol